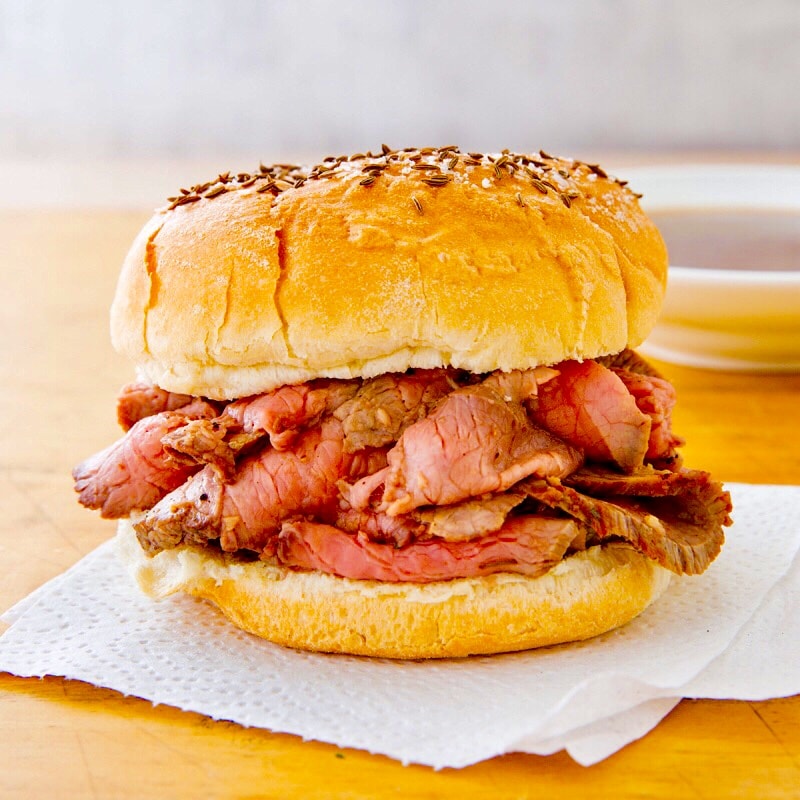 Citizens, few things in life can compare to a great sandwich when it comes to sheer gastronomic enjoyment – and this unique roast beef sandwich is one of the best, though rarely (if ever) seen outside of its native northern NY state!

A beef on weck is a sandwich found primarily near the environs of Buffalo and it is made with roast beef on a kimmelweck roll. The meat on the sandwich is traditionally served rare, thin cut, with the top bun getting a dip of au jus and spread with horseradish.

The kimmelweck roll (sometimes spelled “kummelweck” or “kümmelweck”), topped with kosher salt and caraway seeds, gives the sandwich its name and a distinctive taste. Kümmel is the German word for caraway, and weck means “roll” in the south-western German dialects of the Saarland, Baden and Swabia areas (northern Germans generally say brötchen).

However, the roll used for this American sandwich tends to be softer and fluffier than a standard German Kümmelbrötchen or Kümmelweck. In Austria, a similar type of small white-bread is known as Kümmelweckerl (diminutive from Wecken, which refers to a whole big bread, i.e. Brotwecken).

The origin and history of the beef on weck sandwich is not well established. It is believed that a German baker named William Wahr, who is thought to have immigrated from the Black Forest region of Germany, created the kummelweck roll while living in Buffalo, New York. Wahr may have based the kummelweck roll on a special loaf left as a ceremonial offering for the dead known in Swabia as Schwäbische Seele, which is a thin roll resembling a baguette that is topped with salt and caraway seeds.

The sandwich’s creation is estimated to have taken place some time in the mid-19th century, according to Charlie Roesch, a local butcher of renown in Western New York. A local pub owner is said to have used the roll to create the beef on weck, with the thought that the salty top of the roll would encourage his patrons to purchase more drinks.

The beef on weck has long been popular regionally, and has gained a following in other areas of the United States where it has been introduced. Expatriates from Western New York have taken the dish and brought it to other areas after relocating.

For example, PJ’s BAR-B-QSA in Saratoga Springs in Eastern New York is noted for its beef on weck. It has also been featured by chefs on cooking shows including the PBS special Sandwiches That You Will Like. Bobby Flay, Anthony Bourdain and other chefs have featured the beef on weck, or a variant, on their television programs.

The American restaurant chain Buffalo Wild Wings was started by former residents of the Western New York area and the original name of the restaurant was “Buffalo Wild Wings and Weck”, abbreviated as “BW3”, the third W referring to weck. Some still refer to the company with the extra “W” in its abbreviation, despite the fact it was removed in 1998. The chain used to serve an updated version of the beef on weck called the Thirty-Fifth Weck Sandwich.

The Daily Meal reviewed the beef on weck as a “roast beef sandwich that dreams are made of” in their article “12 Life-Changing Sandwiches You’ve Never Heard Of”.

Citizens, the true secret to this sandwich is the bread, which I have provided a recipe for straight from the baking geniuses at King Arthur Flour. My tweak to the standard recipe is to add a bit of harissa, the North African chile/caraway/garlic condiment, to the au jus for a judicious hit of heat that complements the weck spices. Feel free to leave this out for the classic recipe. 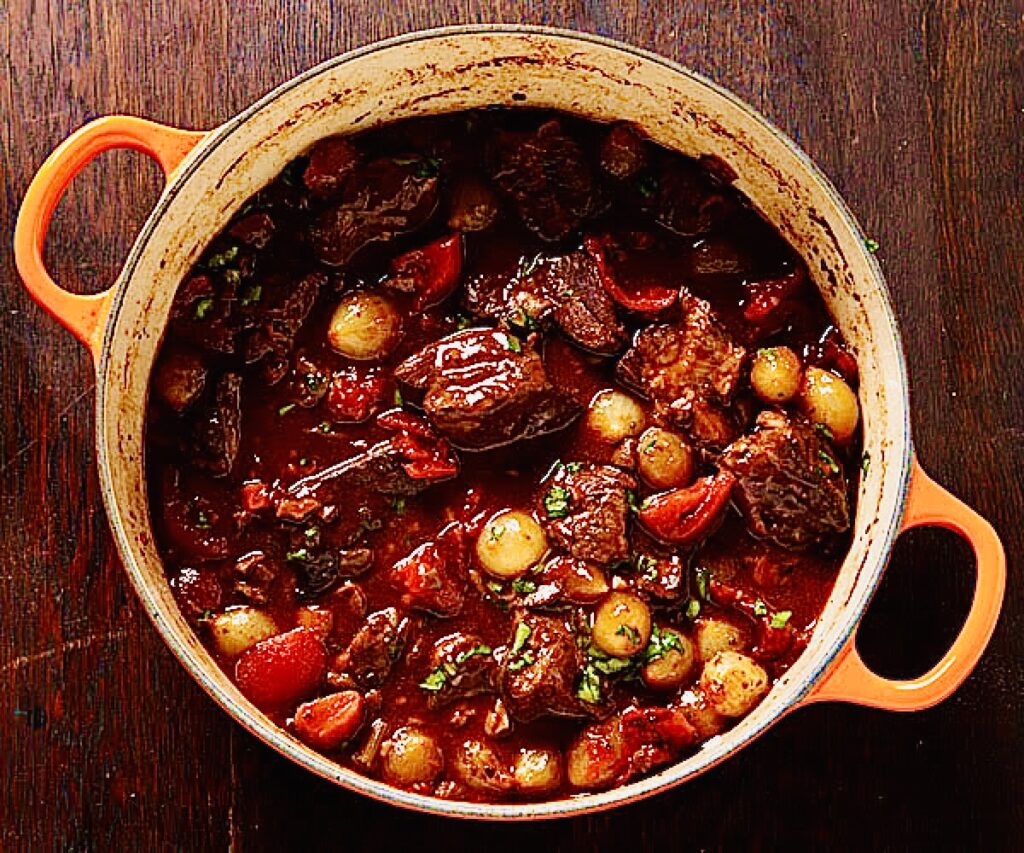 () My glorious Citizens! After a busy week planning world food domination at an Illuminati conclave in NYC, I find myself comfortably ensconced once again in My secret Antarctic lair on the smoldering shoulders of Mount Erebus! This sense of hygge has in fact left Me with a certain sense of guilt, as so many…