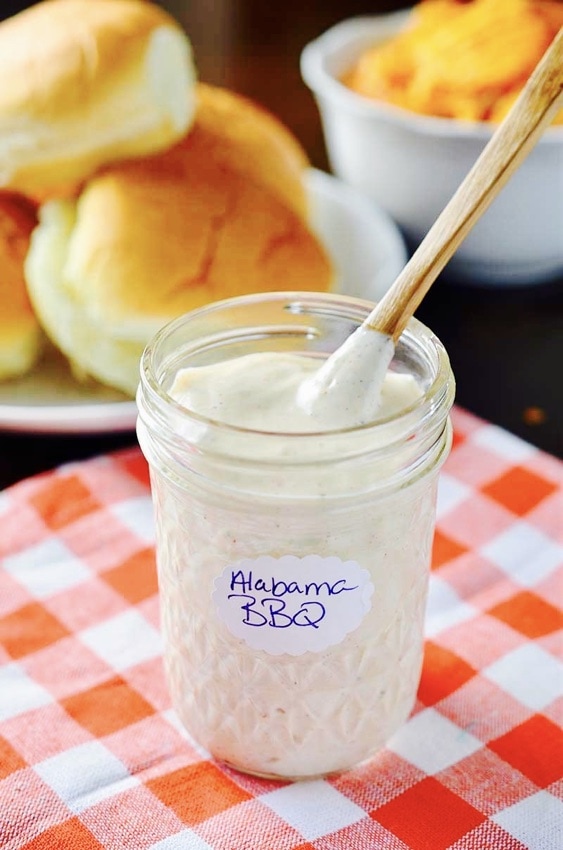 Citizens, your beloved Dictator – the well-smoked and occasionally ash-covered TFD – is a huge fan of BBQ, embracing all of its delicious variations beyond the big 3 of North Carolina (East and West), Kansas City and Memphis-style!

Multiple types of barbecue styles practiced elsewhere in the South are popular in Alabama, but the state also boasts its own unique approach: white sauce barbecue. This type of barbecue is popular in north Alabama, especially in the area around Decatur. White sauce is a mayonnaise- and vinegar-based condiment used liberally as a sauce, marinade, and dressing. It varies widely in consistency.

Barbecue in eastern Alabama tends more toward the Carolinas style, with orange-colored barbecue sauces combining vinegar, mustard, and tomato. Pork is the most popular barbecue meat in east Alabama.

Northern Alabama ‘Q is also unusual by its preferred meat – chicken (a logical choice given the region’s many chicken production farms and facilities). Smoked chicken drizzled with this sauce is truly a revelation of flavor and is well worth trying, !

The sauce is also very tasty as a dunking sauce for pretzels, and my version of the classic quaternary of ingredients adds a bit of additional apple cider, some ground celery seeds as a heretical but delicious touch and ups the horseradish and garlic quotient to my taste.