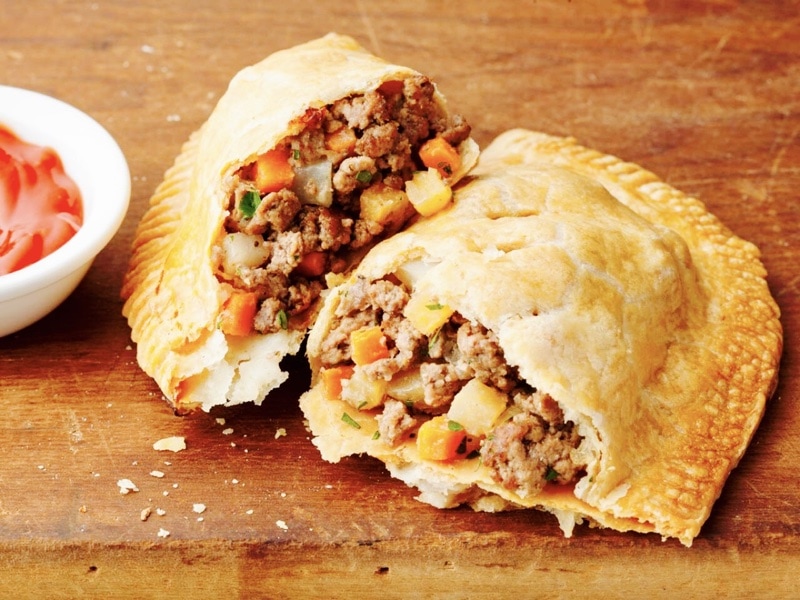 Citizens, this post was inspired by a recent episode of Bizarre Foods, where host Andrew Zimmern visited the upper peninsula of Michigan. He profiled this recipe and it inspired your glorious leader to grace it with his benevolent attention!

The peninsula is bounded on the north by Lake Superior, on the east by the St. Marys River, on the southeast by Lake Michigan and Lake Huron, and on the southwest by Wisconsin.

The Upper Peninsula contains 29% of the land area of Michigan but just 3% of its total population. Large numbers of French Canadian, Finnish, Swedish, Cornish, and Italian immigrants came to the Upper Peninsula, especially the Keweenaw Peninsula, to work in the area’s mines and lumber industry.

Locals (known as Yoopers for “U.P.”, upper peninsula) are descended from Cornish and Finnish miners who settled the region during the mid 19th century when copper and iron were mined throughout the area.

The origin of the pasty (pronounced Pass-Tee) can be traced back to Cornwall, England. Before leaving their homes to work in the tin mines, Cornish workers made a hot pasty. The miners placed this versatile food in their pockets, which provided both warmth and nourishment for the miner. The traditional pasty consisted of meat, potatoes, onions, seasoning (and in some cases turnips), which was wrapped in a crust and baked.

Because of the threat of arsenic poisoning, the miners often ate the “body” of the pasty, while discarding the “crimp,” or outer edge of the pasty which they held with their dirty fingers. The miners believed, however, that the pasty crimp was not wasted but instead left to appease “knockers,” or ghosts within the tunnels of the mines.

When the tin mining industry declined, Cornish miners immigrated to other parts of the world to continue mining. One of these areas was the Upper Peninsula of Michigan and parts of Wisconsin. It was here that Cornish miners worked in the copper and iron ore mines.

Other ethnic groups, including Finns, Italians, and Poles, adapted the pasty recipe to include ingredients that satisfied their tastes. While the recipe may vary among nationalities, it can be agreed upon that the pasty should contain potatoes and onions.

Citizens, I also specify finely-diced meats (beef and pork) as opposed to the ground meats used in most modern pasties. Diced is how the original recipe was done.