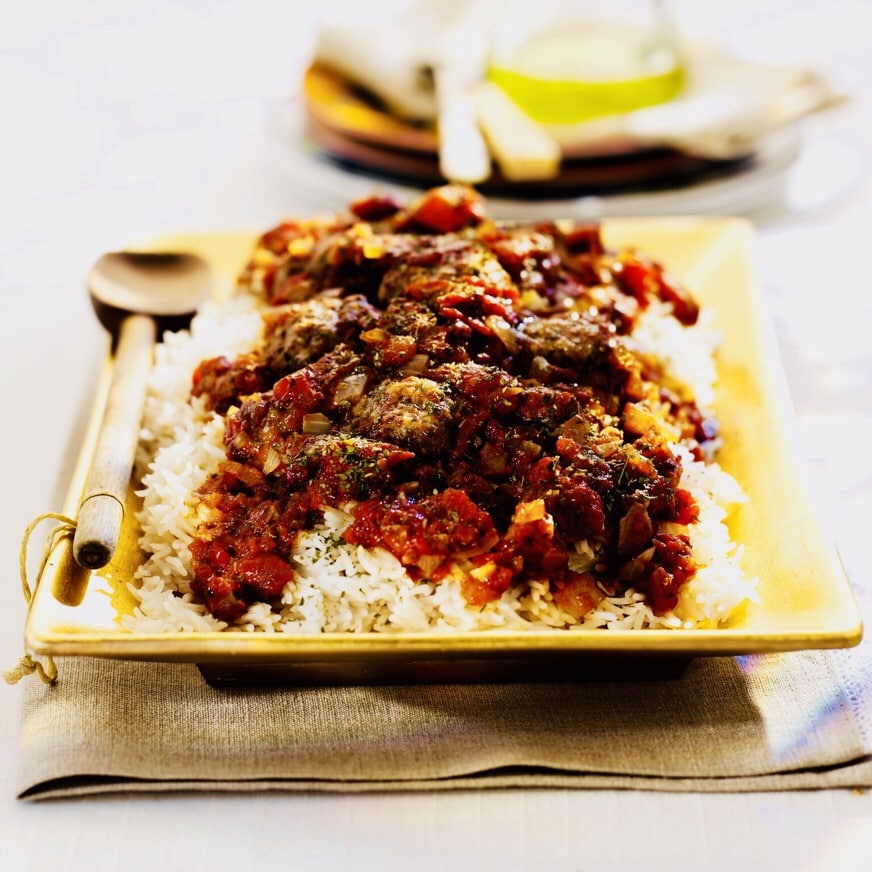 Citizens, Lebanese cuisine is diverse, varied and universally delicious – I am delighted to share with you a specialty recipe of pomegranate meatballs enjoyed not only in Lebanon and Syria today, but throughout the region of the Levant (the Middle East)!

After the Ottomans were defeated in World War I (1914–1918), France took control of Lebanon until 1943, when the country achieved its independence. The French introduced foods such as flan, a caramel custard dessert dating back to the 16th century AD, and croissants.

Most often foods are grilled, baked or sautéed in olive oil; butter or cream is rarely used other than in a few desserts. Vegetables are often eaten raw, pickled, or cooked. Herbs and spices are used frequently and in large quantities as is pomegranate. Like most Mediterranean countries, much of what the Lebanese eat is dictated by the seasons and what is available. Lebanese cuisine also varies by region.

The origins of the name of this dish are somewhat shrouded in legend, but most agree that the following story is probably true. Lebanon (and the rest of the Levant) was under Ottoman rule until the end of WWI and back then, high-ranking officers were called basha; hence the name of this dish, after an Armenian governor or pasha (basha is the Arabic pronunciation since “p” as a sound does not exist in Arabic) who was appointed to govern the Lebanese territory.

In the late 18th century, Lebanon was under the rule of Basha Dawood, or Pasha David – it is said he created the dish and enjoyed it so much he dined on it every day!

Traditionally served with rice, I’ve created my version of a Syrian spice blend called Bharat, which includes an eccentric touch of rose petals typically only found in the Tunisian version of the spice mix – but I love it, so it found its way in!

The use of pomegranate molasses is a needed element of sweet and sour in this dish of meatballs – it’s readily found in most middle eastern markets or on Amazon. Lastly, I added a dusting of za’atar spice blend to the final dish which is not traditional but is delicious. I hope you enjoy this recipe as much as I do, ! 😀