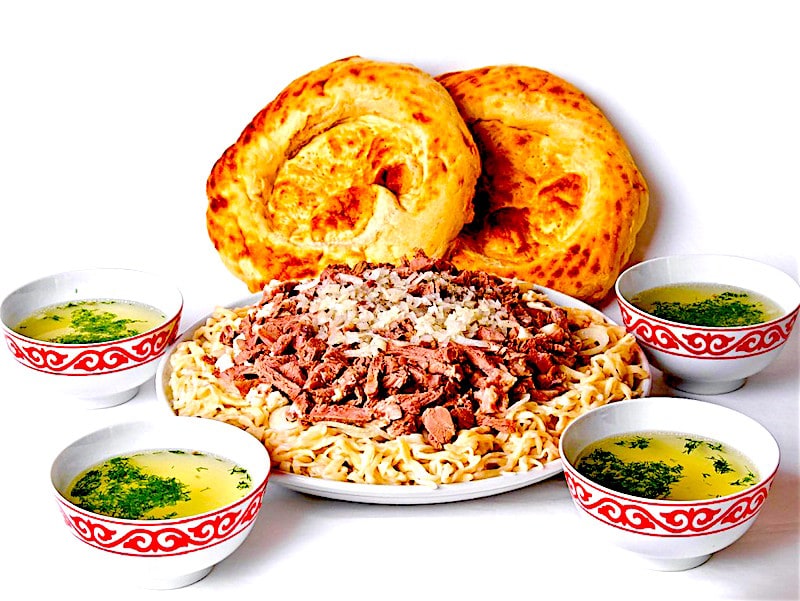 Citizens, the national dish of the Silk Road country of Kyrgyzstan is Besh Barmak (also spelled Beshbarmak or Beşbarmaq). Since today is August 31, when Kyrgyzstanis celebrate their independence day, it is an especially auspicious day to detail a mighty Kyrgyz recipe!

Kyrgyzstan, officially the Kyrgyz Republic, formerly known as Kirghizia, is a landlocked country located in Central Asia. Landlocked and mountainous, Kyrgyzstan is bordered by Kazakhstan to the north, Uzbekistan to the west, Tajikistan to the south west and China to the east. Its capital and largest city is Bishkek.

Kyrgyzstan’s recorded history spans over 2,000 years, encompassing a variety of cultures and empires. Although geographically isolated by its highly mountainous terrain – which has helped preserve its ancient culture – Kyrgyzstan has historically been at the crossroads of several great civilizations, namely as part of the Silk Road and other commercial and cultural routes.

Though long inhabited by a succession of independent tribes and clans, Kyrgyzstan has periodically come under foreign domination and attained sovereignty as a nation-state only after the breakup of the Soviet Union in 1991.

Ethnic Kyrgyz make up the majority of the country’s 5.7 million people, followed by significant minorities of Uzbeks and Russians. The official language, Kyrgyz, is closely related to the other Turkic languages, although Russian remains widely spoken, a legacy of a century-long policy of Multiculturalism. The majority of the population (64 percent) are non-denominational Muslims. In addition to its Turkic origins, Kyrgyz culture bears elements of Persian, Mongolian and Russian influence.

“Kyrgyz” is believed to have been derived from the Turkic word for “forty”, in reference to the forty clans of Manas, a legendary hero who united forty regional clans against the Uyghurs. Literally, Kyrgyz means “We are forty”. At the time, in the early 9th century AD, the Uyghurs dominated much of Central Asia (including Kyrgyzstan), Mongolia, and parts of Russia and China.

The 40-ray sun on the flag of Kyrgyzstan is a reference to those same forty tribes and the graphical element in the sun’s center depicts the wooden crown, called tunduk, of a yurt – a portable dwelling traditionally used by nomads in the steppes of Central Asia.

Horsemanship is a huge part of Kyrgyz culture – one popular game is kok-boru– “blue wolf” in the Kyrgyz language – a popular horse game in which two teams of riders face off in a field and attempt to carry a goat or calf carcass into the opposing team’s end zone. The game may have evolved from informal competitions among shepherds who hunted wolves that threatened their flocks.

Other popular games on horseback include:

• At Chabysh – a long-distance horse race, sometimes over a distance of more than 50 km
• Jumby Atmai – a large bar of precious metal (the “jumby”) is tied to a pole by a thread and contestants attempt to break the thread by shooting at it, while at a gallop
• Kyz Kuumai – a man chases a girl in order to win a kiss from her, while she gallops away; if he is not successful she may in turn chase him and attempt to beat him with her “kamchi” (horsewhip)
• Oodarysh – two contestants wrestle on horseback, each attempting to be the first to throw the other from his horse
• Tyin Emmei – picking up a coin from the ground at full gallop

Traditional Kyrgyz food revolves around mutton and horse meat, as well as various dairy products. The cooking techniques and major ingredients have been strongly influenced by the nomadic way of life. Fish, especially from the rivers and Lake Issyk Kul, is also highly-favored food.

The national Kyrgyz dish of besh barmak is eaten with the hands, and this was probably the origin of its name, (besh barmak means “five fingers”). The classic variant of the dish, (which is now prepared basically in the Talas region of northern Kyrgyzstan), requires a good knife – as all the prepared for the dish cutting up the ingredients before it is put on the table.

Fresh dough is cut into squares (about 10 cm х 10 cm) and boiled in a meat broth. The boiled patties, or dumplings, are placed on a porcelain dish in order to cool to room temperature.

Then each of the squares is rolled out and cut with a sharp knife. The meat is prepared in a similar manner, boiled meat and cut into small pieces on the same surface as the dough. Onions (also finely chopped) are soaked in a hot broth in a separate bowl with ground black pepper added, (this mixture is called “chyk”). The meat is usually from a freshly slaughtered ram, but sometimes beef and even horsemeat can be used as the basic ingredient in besh barmak.

Citizens, I hope you enjoy this unusual and delicious recipe from the furthest reaches of the Silk Road! My version makes one tiny change from the canonical recipe – I find that a good hit of cumin in the noodle dough adds a great flavor and is a spice used in Central Asian cuisine already. 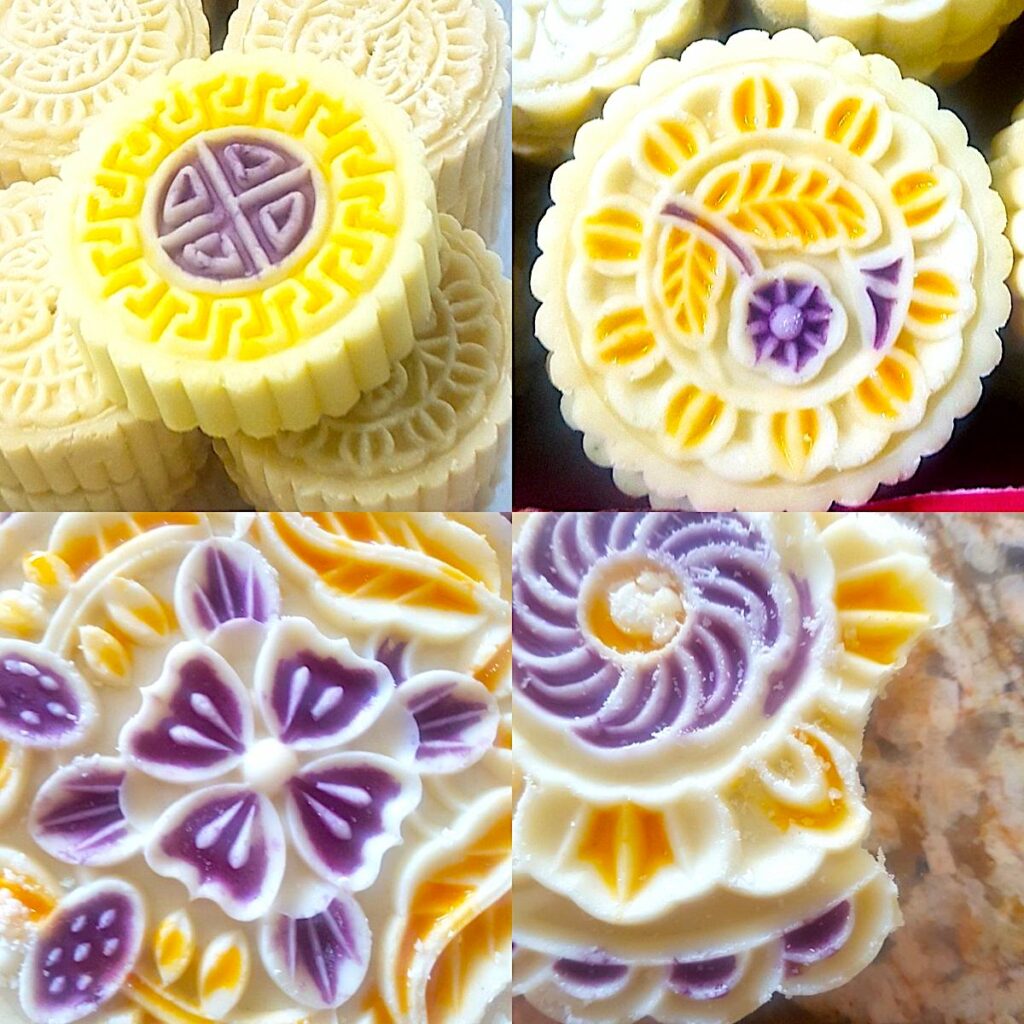 () My Citizens! We are coming up on a thrice-holy weekend for the so-called ‘Abrahamic’ faiths – Passover (Pesach in Hebrew) starts this evening at sundown, it is Good Friday today with Easter on Sunday and we are also in the middle of Ramadan! Truly an auspicious weekend indeed to have recipes for any or…