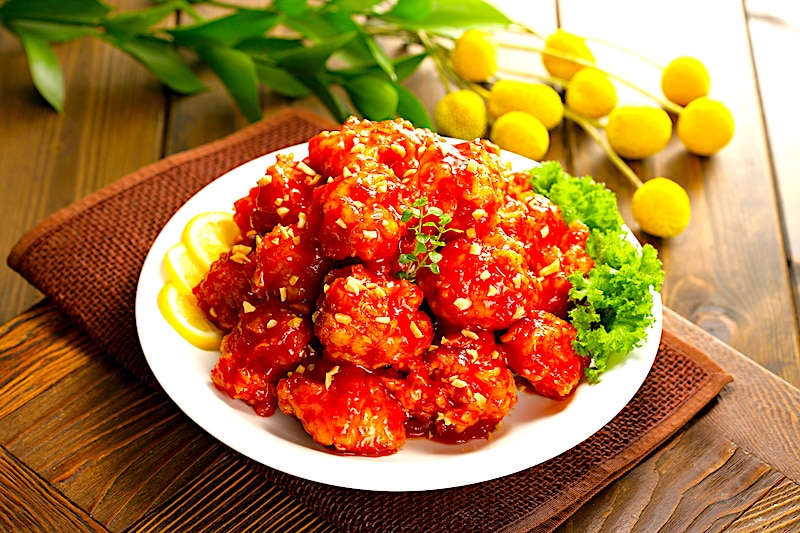 Citizens, after being on the road for a week with 2 Finnish friends, I learned that one of them used to be a diplomat and lived in Seoul for some time. He expressed in poetic and dulcet tones how much he loved and missed the “Korean Fried Chicken” from the Seoul street food scene – spicy, sweet, sticky and utterly delicious.

I, the merciful and all-powerful TFD, have undertaken to rectify my friend’s craving – Jussi (pronounced You-see), this one is for you! 😀

Korean fried chicken or KFC, usually called chikin (치킨, from the English “chicken”) in Korea, refers to a variety of fried chicken dishes from South Korea.

In South Korea, fried chicken is consumed as a meal, an appetizer, anju (food that is served and eaten with drinks), or as an after-meal snack.

Furthermore, KFC is not characterized by the crags and crusty nubs associated with American fried chicken; it was described by Julia Moskin of The New York Times as a “thin, crackly and almost transparent crust”.

The chicken is usually seasoned with spices, sugar, and salt, prior to and after being fried. Pickled radishes, beer, and soju are often served with KFC.

The Korean word chikin (치킨) refers to fried chicken (and occasionally also to roasted chicken), while the name for the domesticated fowl is dak (닭). The word is shortened from peuraideu chikin (프라이드 치킨), which is a transliteration of the English phrase “fried chicken”.

According to the National Institute of Korean Language, the word chikin (치킨) refers to “a dish made by coating chopped chicken with flour, and frying or baking it”.

Fried chickens that are not chopped before frying are called tongdak (통닭, “whole chicken”). Both chikin and tongdak are occasionally referred to as dak twigim (닭튀김, “chicken fritter”).

The first modern-style fried-chicken franchise, Lims Chicken, was established in 1977 in the basement of Shinsegae Department Store, Chungmu-ro, Seoul. Pelicana Chicken claim to have invented the recipe for yangnyeom chikin, using gochujang and strawberry jam as seasoning, in 1982.

In recent years, owing to market saturation in Korea, many of Korea’s major fried chicken chains, such as Mexicana Chicken, Genesis BBQ, Kyochon Chicken and Pelicana Chicken, have expanded to set up new presences in the United States, China and Southeast Asia.

Yangnyeom chikin (양념 치킨, “seasoned chicken”) – also known in the West as yangnyeom tongdak (양념 통닭, “seasoned whole chicken”) despite not being tongdak, and also sometimes used as a synonym for “Korean fried chicken” or KFC by Western media, this is fried chicken coated in gochujang-based sweet and spicy sauce.

Citizens, this last is the version of the “KFC” recipe I like most ( it is also known as Dakgangjeong in Korean) and it is supremely tasty and addictive – try it for yourself and know the true glory of this magnificent and awe-inspiring recipe (aka my own!).

As it happens, my KFC recipe uses both potato starch and ground-up shrimp chips (which are made with tapioca flour) to coat the chicken, making it as gluten-free as it is delicious.

You want to get your hands on shrimp chips that have not yet been fried for this recipe. They will look and feel like small, hard discs, rather than the puffy, light crisps you may be familiar with. Often the packaging will say “unfried” or “DIY.” Sometimes they come multicolored! You can buy them here.

This is a truly delicious and authentic KFC recipe I am quite certain you will love, my Citizens! Try this dish with a side of savory Korean egg pancakes! 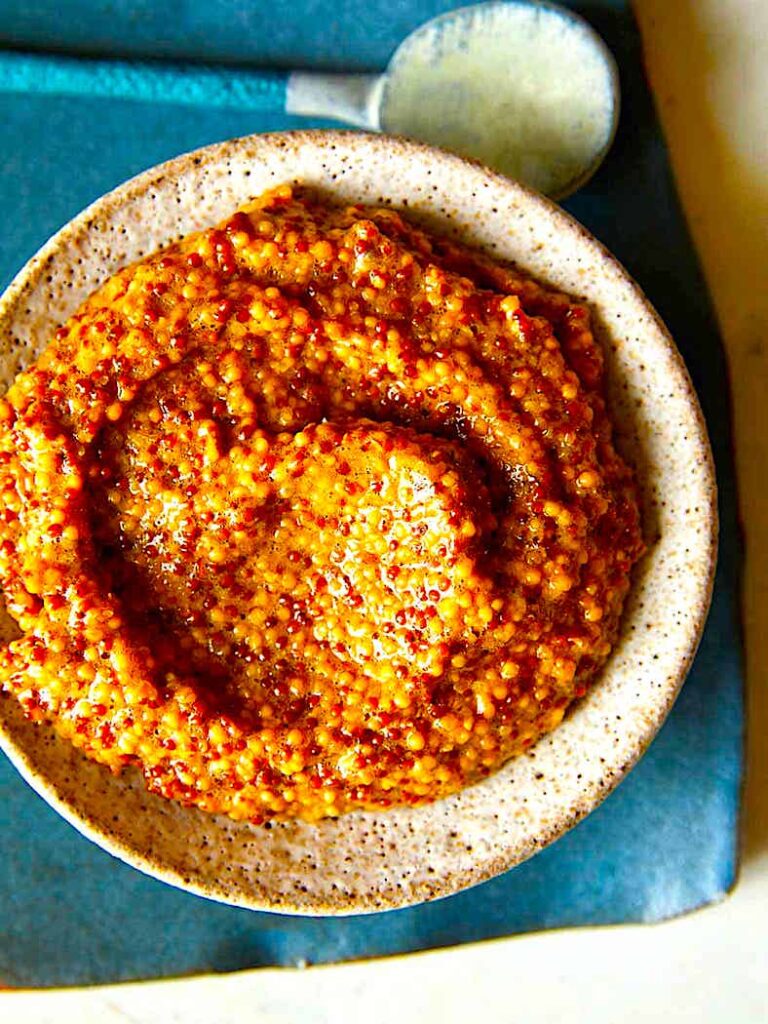 () My Citizens – the Caliph of Condiments, the Monarch of Mustards, YOUR TFD! – has at last deigned to share His first-begotten recipe for the ultimate spicy whole grain beer mustard found in so many pubs, restaurants and homes of distinction! This will become your go-to mustard recipe for this style of condiment and…