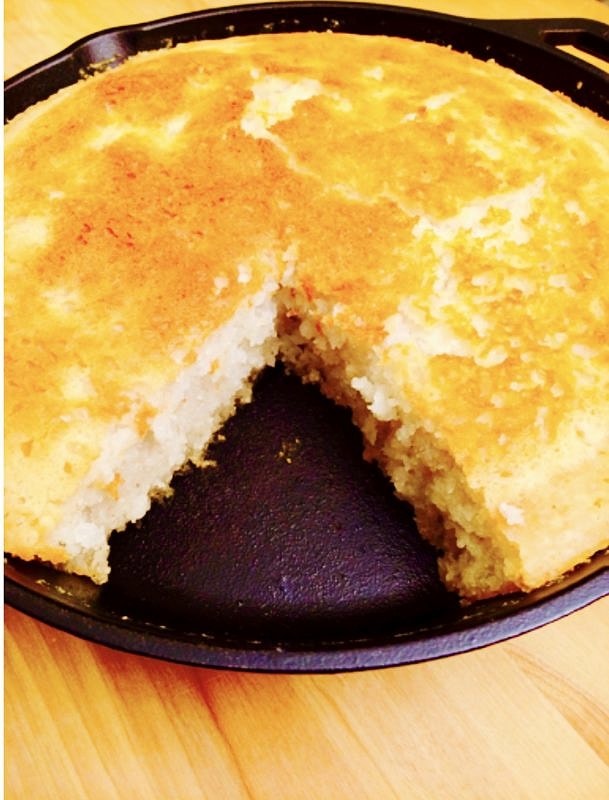 Citizens, the cuisines of many African nations remain sadly unknown outside of their native regions – I, the gloriously voluble TFD, intend to immediately right this heinous lack of knowledge!

For today, I give you a staple tea snack of Swahili-speaking Eastern and Central Africa!

“Mkate wa sinia” is Swahili that is literally translated to “bread of the platter”. This is a rice bread/cake that is normally used as a snack or kitafunio (something you eat while drinking tea, either in the morning or 4 pm in the evening in the region).

It is widely known throughout all the Swahili speaking countries in East Africa, such as Kenya, Tanzania and the Democratic Republic of Congo.

For those unfamiliar with it, Swahili, also known as Kiswahili, is a Bantu language and is the first language of the Swahili people. It is also a “lingua franca” of the African Great Lakes region.

Swahili has become a second language spoken by tens of millions in three African Great Lakes countries (Tanzania, Kenya, and the Democratic Republic of the Congo (DRC)) where it is an official or national language. In 2016 it was made a compulsory subject in all Kenyan schools. Swahili speakers may actually number up to as many as 120 to 150 million.

Swahili is also one of the working languages of the African Union and officially recognized as a lingua franca of the East African Community.

A significant fraction of Swahili vocabulary is derived from Arabic through contact with Arabic-speaking Muslim inhabitants of the Swahili Coast.

Although originally written with the Arabic script, Swahili is now written in a Latin alphabet introduced by Christian missionaries and colonial administrators.

One key step in spreading Swahili was to create a standard written language. In June 1928, an inter-territorial conference took place at Mombasa, at which the Zanzibar dialect, Kiunguja, was chosen to be the basis for standardising Swahili.

Today’s standard Swahili, the version taught as a second language, is for practical purposes Zanzibar Swahili even though there are minor discrepancies between the written standard and the Zanzibar vernacular.

This delicious recipe is not only gluten-free but it is also very easy to make! My eccentric addition to the classic recipe is to add a hint of clove, in memory of Swahili’s birthplace in Zanzibar, the home of the world’s finest cloves! Feel free to omit it for the classic recipe, my Citizens!