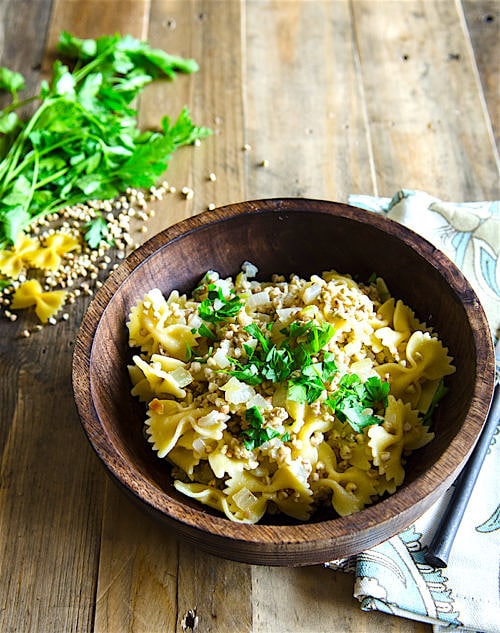 Citizens, this is the last of our postings of classic Jewish recipes in honor of National Jewish Appreciation month!

Buckwheat groats (also known as gretshkes/greytshkelach or retshkes/reytshkelach in Yiddish) are prepared separately from, and then fried together with, lokshen (noodles) and tsibelach (onions) in schmaltz (poultry fat). Sometimes briye (chicken or beef stock) is used in the preparation.

Kasha varnishkes are part of Ashkenazi Jewish cuisine. Jews from Eastern Europe brought the food to America and it is widely popular in the American Jewish community. Many Jews came to the U.S. in the early 20th century to escape the pogroms in Russia.

They lived in poverty and as a result ate foods which were low in cost. Kasha varnishkes was one such dish, but what began as an economic dish later evolved into a family comfort food.

The word “kasha” is Russian for porridge, though it refers primarily to buckwheat porridge, the most common and inexpensive grain available. The name “varnishkes” seems to be a Yiddish corruption of the Russian “varenichki”, small stuffed dumplings. A recipe from 1925 shows kasha-filled dumplings, rather than the simpler kasha with farfalle.

Kasha comes in various textures: whole, coarse, medium or fine. TFD suggests using the medium, which sticks best to the noodles. For the noodles: both Manischewitz® and Streits® make suitable noodles (marketed as Bows or Egg Bows).

If you can’t find these, don’t substitute regular egg noodles — they don’t have the texture needed to hold the kasha! Instead, substitute farfalle (bow tie-shaped pasta), which don’t taste the same but hold the kasha well.

Citizens, this will evoke great nostalgia amongst Jews of a certain age, and for the rest of you – it is a delicious side dish for your next meal!

TFD has updated the humble recipe with leek, shallot, wild mushrooms, slivered mustard greens and spinach for a true taste sensation worthy of you, ! I’ve also replaced the chicken fat with olive oil and butter, but by all means try it with the original chicken fat if you are so inclined! Lastly, I use vegetable stock instead of chicken stock, but feel free to use the chicken if you so prefer! 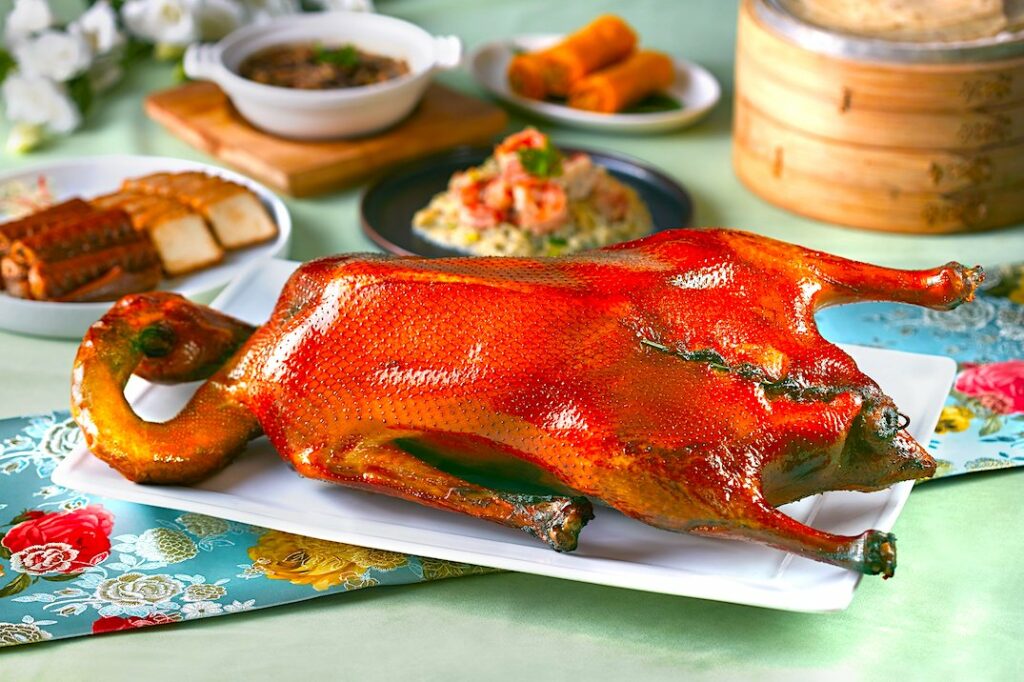 () My Citizens, few food experiences are as intimately shared between East and West as the mouthwatering expectation of indulging in a classically-prepared roast goose! Whilst Westerners inevitably go to thoughts of enjoying this annually at Christmas dinner a la Dickens, the Chinese in general and the Cantonese in particular will use ANY excuse to…