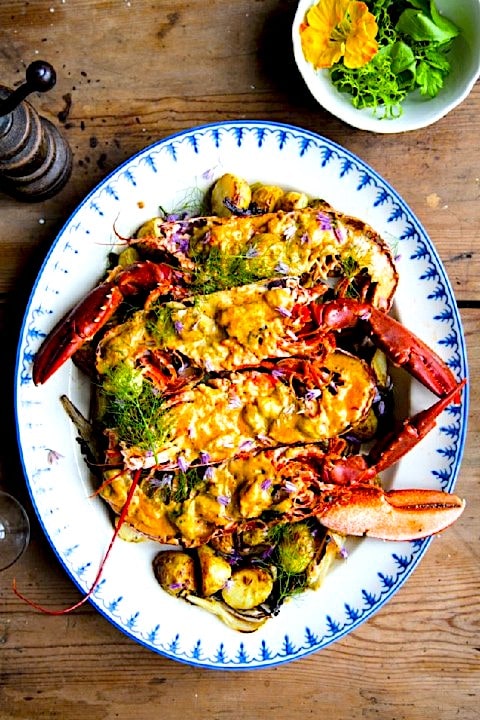 Citizens, lobster has been on my mind these last few weeks, as evidenced by my more recent recipe postings!

One of the all-time classic lobster preparations is the unusually-named “Dublin Lawyer”, a close cousin to the famed Lobster Newberg.

Supposedly named for its luxurious ingredients of whisky and cream, suitable for the rich lawyers of the Irish capital, the recipe is a true classic of the Emerald Isle despite the fact that the Irish historically eat seafood less than most every other European maritime country!

The eating of seafood, despite Irelands enormous coastline, is just not that common – Irish people eat well below the European average of seafood.

It appears that it may have been more common in the past, but declined markedly in the last few centuries. There may be various reasons for this.

Irish owned shipping was severely restricted under English governance from the late 16th century on. Ireland was traditionally a cattle-based economy and fish was associated with religious fasting.

It was the traditional food of fast on Fridays, in common with other Catholic countries. Also, seafood and particularly shellfish became associated with the poor and the shame of colonization.

Seafood remained an important part of the diet in coastal cities like Galway and Dublin. In Dublin the fish seller is celebrated in the traditional folk song “Molly Malone”, and in Galway the international Galway Oyster Festival is held every September.

Citizens, this is a delicious and traditional recipe guaranteed to bring a tear to the eye of any gastronome (Irish or otherwise) fortunate enough to be at your table when you serve this!