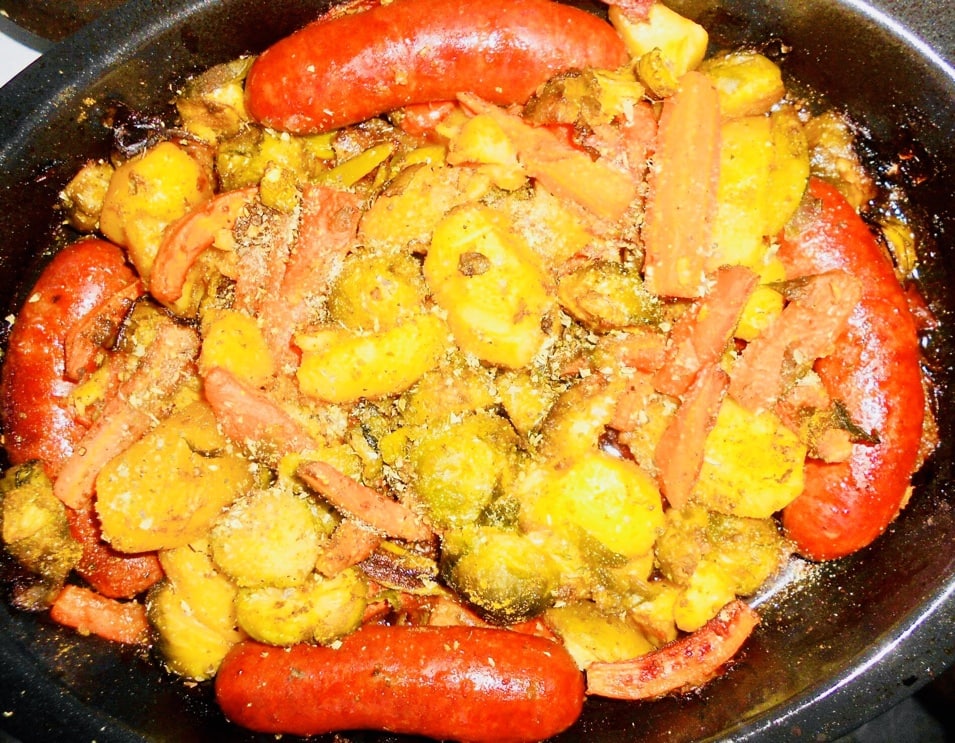 My Citizens, your imperious and gastronomically evolved Generalissimo – the mighty TFD! – is incredibly fond of all things porcine, and there is no pig mightier than the unique Hungarian wooly pig known as the Mangalitsa!

The Mangalica (also Mangalitsa or Mangalitza) is a Hungarian breed of domestic pig. It was developed in the mid-19th century by crossbreeding Hungarian breeds from Szalonta and Bakony with European wild boar and the Serbian Šumadija breed. The Mangalica pig grows a thick, woolly coat similar to that of a sheep. The only other pig breed noted for having a long coat is the extinct Lincolnshire Curly-coated pig of England.

The blonde Mangalica was developed from older, hardy types of Hungarian pig (Bakonyi and Szalontai) crossed with the European wild boar and a Serbian breed (and later others like Alföldi) in Austro-Hungary (1833).

That year, Prince of Serbia Miloš Obrenović sent 12 pigs of the autochthonous Serbian Šumadinka breed (10 sows and two boars) to the Archduke Joseph, Palatine of Hungary for the new breed to be created. Pigs, originally grown at the Prince’s Topčider farm near Belgrade, were used to create the Syrmian black lasa breed, or the black mangalica.

The development took place in Austro-Hungary (present-day Arad County in Romania) in the early 19th century. The new, quick-growing, “fat-type” hog did not require any special care, so became very popular in Hungary. In 1927, the National Society of Fat-Type Hog Breeders (Mangalicatenyésztők Országos Egyesülete) was established, with the objective of improving the breed.

Mangalica was the most prominent swine breed in the region until 1950 (30,000 of them were in Hungary in 1943). Since then, the popularity, as well as the population, of Mangalica has been decreasing, with the rising availability of food from farther away and refrigeration. In 1991 there were less than 200 animals in Hungary.

Monte Nevado, a Spanish company began the breeding and recovery of Mangalica, so they were awarded with the Middle Cross of Hungary in 2016. Nowadays, the keeping of Mangalicas has become a popular hobby. Slightly over 7,000 Mangalica sows in Hungary are producing around 60,000 piglets a year.

Apart from Hungary, the Mangalica is present in Austria, the Czech Republic, Germany, Romania, Serbia, Slovakia, and Switzerland. In Serbia, the breed (called mangulica in Serbian) almost died out by the 1980s. In 1998, Mangalica was introduced in Zasavica. They are left to roam free in the reservation, becoming partially feral and cases of breeding with wild boars are known. In 2007 some were exported to the United States.

The Mangalica produces too little lean meat, so it has been gradually replaced by modern domestic breeds. It is usually fed with a mix of wild pasture, supplemented with potatoes and pumpkins produced on the farm.

The primary product made from this pig is sausage, usually packed in the pig’s duodenum. The minced meat is seasoned with salt, pepper, sweet paprika, and other spices. It is then eaten in slices with pickled vegetables. The pork is also served braised with sauerkraut, potatoes, and stuffed peppers as a side dish. Farmers also produce smoked hams. The fresh meat tastes strong and juicy; the suckling pigs are much preferred for their good fresh meat qualities.

Citizens, Hungarian sausage is so diverse that it would take dozens of posts to cover them all – for this one, we will focus on the classic version: a fresh sausage (not smoked) rich with paprika, pepper and garlic!

If you want to taste this sausage at its pinnacle of porky perfection, do order mangalitsa pork meat from here! Failing that, at least go with a good heritage breed like Berkshire or Gloucestershire Old Spot. You can get spectacular genuine Hungarian paprika here. 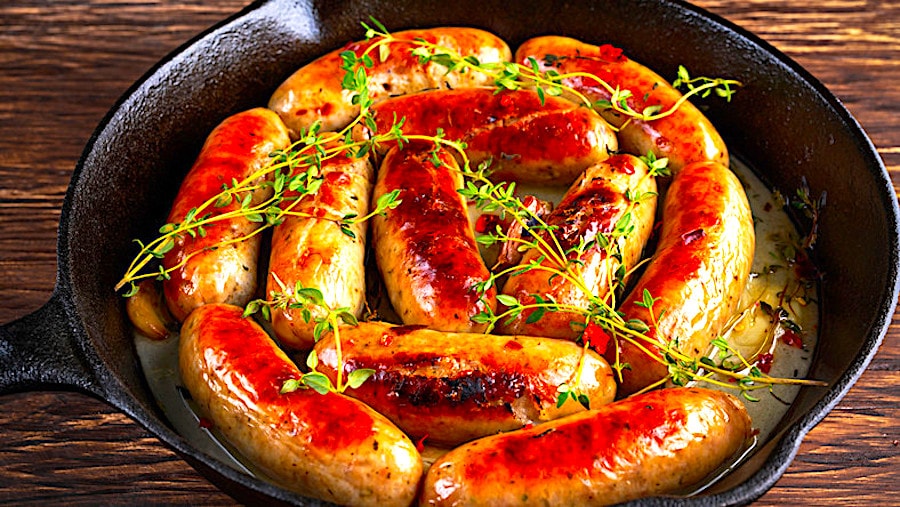