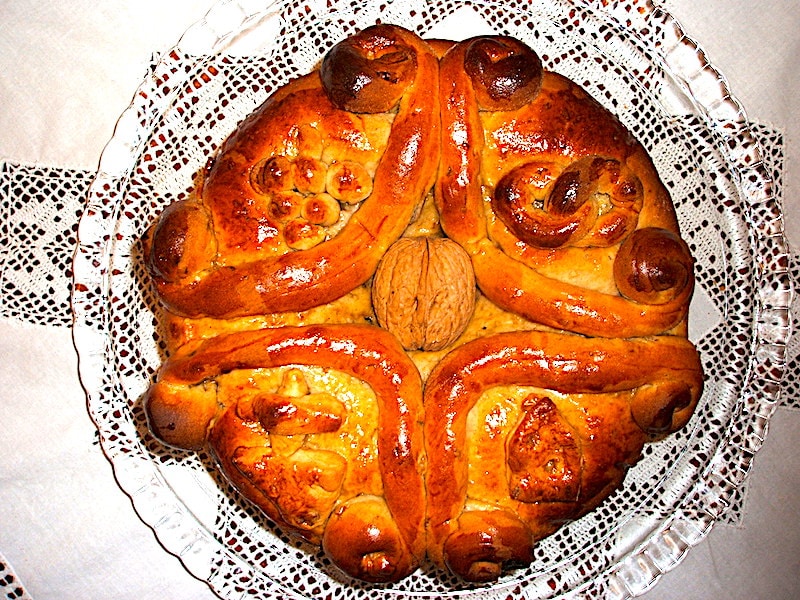 Citizens, Christmas is still an upcoming event for those who follow the Eastern Orthodox tradition – specifically, it’s January 7 this year. To celebrate, allow me to share a recipe of not only tremendous flavor, but great symbolic meaning to Greek Orthodoxy! 🙂

Christopsomo (which translates as “Christ’s Bread”) is an old Greek tradition, this bread is baked on Christmas Eve and eaten on Christmas Day. Baking this bread bestows a great blessing upon the family. The plentiful use of grains and nuts as symbols of fertility and good harvest is almost certainly a holdover of the ancient Kronia festivals (similar to Roman Saturnalia) held in Attica in honor of Cronus, the god of the harvest.

Today, making it is still considered by many to be a sacred task, and great care is taken in its preparation.

The dough is divided into two pieces. The first portion, the largest, forms the main base. Using the second portion, the dough is made into a large cross with inward curled-split ends and several other personal symbols.

This style of cross is one of the earliest designs created by the ancient Christians. The cross has four arms of equal length representing Christ’s perfection and balancing force in the Universe.

There are eight split ends which curl inwards representing Christ’s infinite power and authority – the Alpha and Omega – which never ends, existing before time itself. The number of split ends is symbolic of the eighth day of the Resurrection.

The four branches represent not only the four ends of the Cross, but the four compass points of the world in which the four Gospels were preached.

Using small pieces of dough, the loaf is decorated with images representing aspects of the family’s life and profession. For example, if the family are fishmongers, images of fish would be baked on the crust.

In more agriculture-based times, the surface of the bread would be covered with flowers, leaves, or fruits, indicating the family’s expectations of good harvests and animal fertility. This could be done with dough or actual flowers.

In the middle of the cross, a walnut is placed, symbolising life and fertility. The walnut shell can be interpreted as representing the cave in which the Christ Child was born – the Lord, who existed before the world, is born within the world to renew it. The shell can also symbolise the womb of Panagia.

On Christmas day, the head of the household makes the sign of the Cross over the bread and cuts a piece for each person present at the table. The walnut and a piece of Christopsomo are placed in the family’s icon corner for a year of blessings, replacing last year’s.

The Christ-bread is served with honey and figs. Honey represents the sweetness of Christ’s birth and the hopes for a year of happiness. The figs are an ancient symbol of prosperity.

In this example, the family has baked images (clockwise, from top left) including:

Whatever symbolism is chosen, interpretation is entirely based on the family’s situation and interests. For example, the image of a house could mean the family has moved into a new home, or they are involved in construction.

My version of the recipe is extremely traditional, but I have substituted Grand Marnier for the original brandy to increase the orange flavor; use tangerine juice instead of orange juice for a bit more flavor; use both mastic and anise instead of one or the other; customized the spice blend to my personal taste and added additional citrus zests such as lemon and lime in addition to orange. 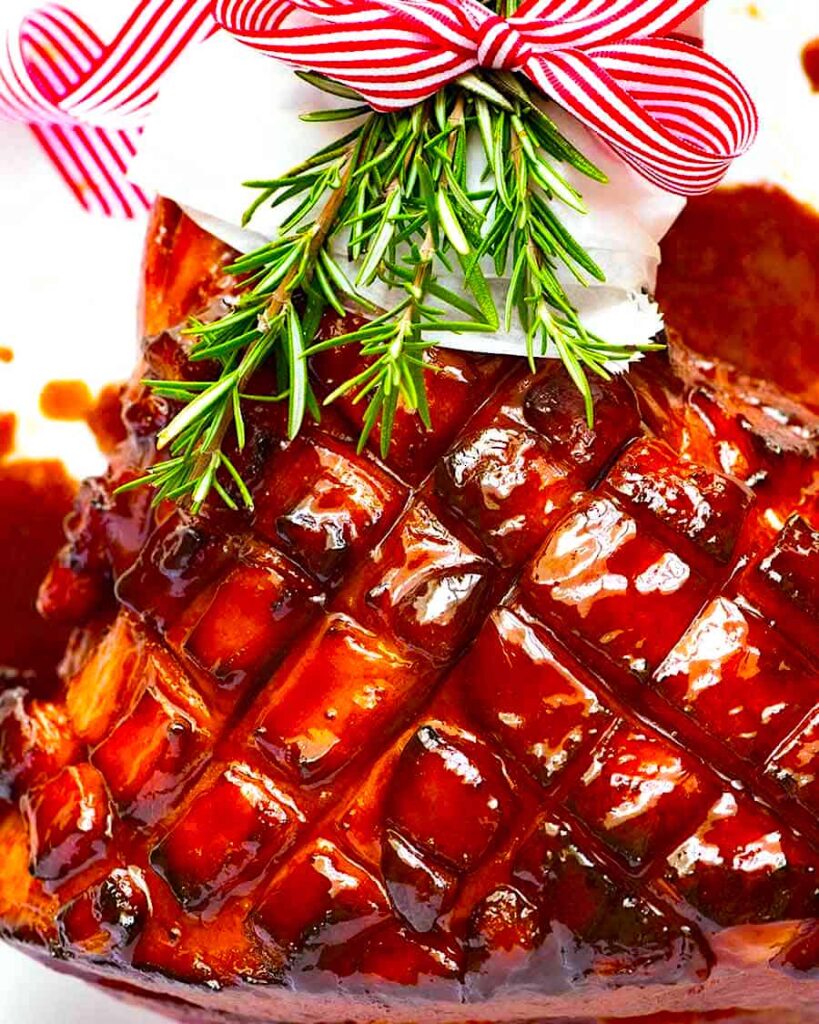 () Citizens – to those of you who celebrate it – MERRY CHRISTMAS! The holiday is barreling down upon us like Santa’s sleigh in Grand Theft Auto mode but it cannot truly arrive without the mighty Christmas feast that so many of us look forward to every year. Sadly, the Grinch that is COVID-19 has…