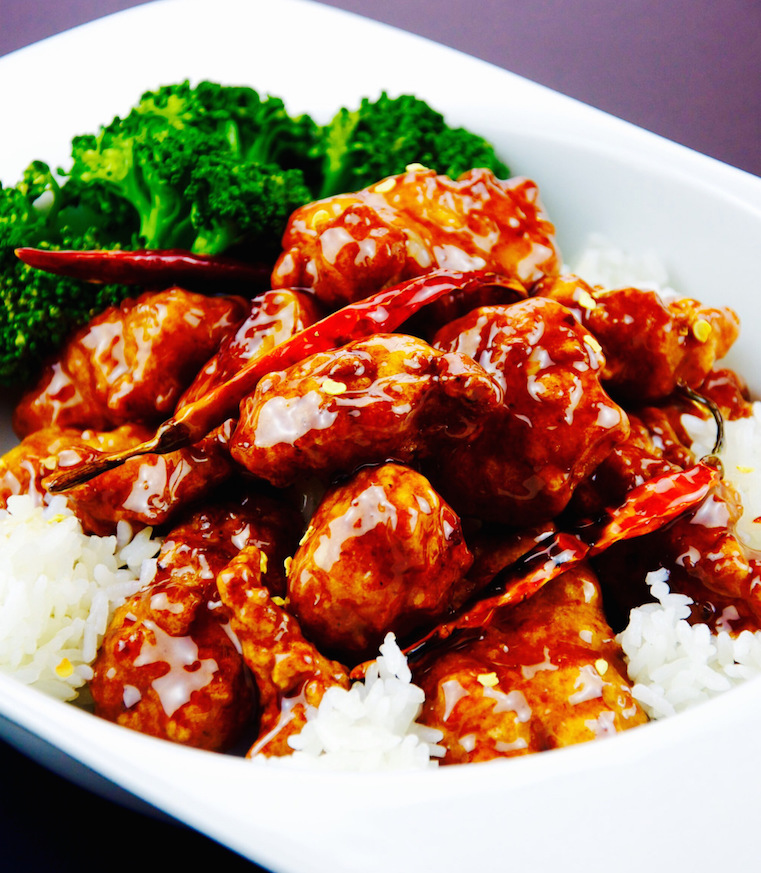 Citizens – today is the first day of Chinese New Year, the year of the Ram! Gong Hey Fat Choy – 恭禧發財 – Wishing all of you to be prosperous in the coming year!

To celebrate, let’s fix a travesty of Chinese takeout cuisine, shall we?

General Tso’s Chicken has become the punchline to a terrible Chinese food joke – the trademark poster child of Americanized takeout dishes. A gloppy, sweet and cloying mess, with mystery meat exposing itself to you in a deep-fried jacket of sodden floury despair.

This dish comes from nobler lineage and deserves better! My version of the recipe restores honor and glory to the dish with true powerful flavors, harmonious balance and an addictively twice-fried crunch. Velveting (marination) of the chicken in egg whites adds suppleness and tenderness to the meat, and the use of alcohol in place of water in the breading adds an unmatched toothsome crunchiness.

So just who was this eponymous General Tso, anyway? Did he even exist or was he simply the indigestible dream remnant of a poor Chinese cook’s last meal?

He did indeed exist – allow one Generalissimo to share another General’s history!

General Tso Tsung Tong (1812-1885) was a very famous General under the Manchu Dynasty and his military activities took him to many parts of China.

He was a very active person and loved his food, especially meat. Everywhere he went, the local magistrates in order to cultivate his favor, would prepare special feasts in his honor, perhaps to solicit favors and at least so that he would think kindly of them. He was a hard person to please, but try they did.

Once he was sent to Xinjiang on a military expedition. The people of this western border-province were mainly Muslims whose religion did not allow them to eat pork; so the general’s diet was severely curtailed. Three months later when he got back, specifically to Lanzhour, a big feast was served in celebration of his successful expedition. He told his associates that although he was not entertained with song and dance, this elaborate and bountiful meal more than made up for the very long and tough expedition where he had no pork to eat.

In 1875, the Dowager Tse Xi promoted him to the royal court. She held a banquet in his honor in the capital, Beijing. At that banquet, they made sure that he had double servings of all the entrees. The general would always finish his portion with one sweep of his chopsticks, as if to say, he was not impressed.

After the above banquet, one of his compatriots asked him “Old friend, at one seating you can devour so much meat. It is as the old saying goes: A general’s fame is as big as his appetite. I hope that stomach of yours can live up to your fame”. The general smiled and retorted: “Your people love to put words in others people’s mouths. What do you know? Instead of meat you can only eat the roots of vegetables. I am lucky that I enjoy meat. Maybe one day I will be stigmatized and might even be called: The Meat Eating General.”

Everyone surmised that the chicken recipe in question was probably the general’s favorite so the chef who prepared it named it after him.

Enjoy my version of what is a true classic dish, Citizens! Be sure to use proper dark soy sauce when called for in the recipe. This is NOT regular soy sauce (which in Chinese cooking is referred to as “light” soy sauce). It has a more molasses color and flavor and is delicious! Pick up a bottle at your local Asian grocer or buy 2 bottles here. Chinese red vinegar is also mandatory – buy it here. 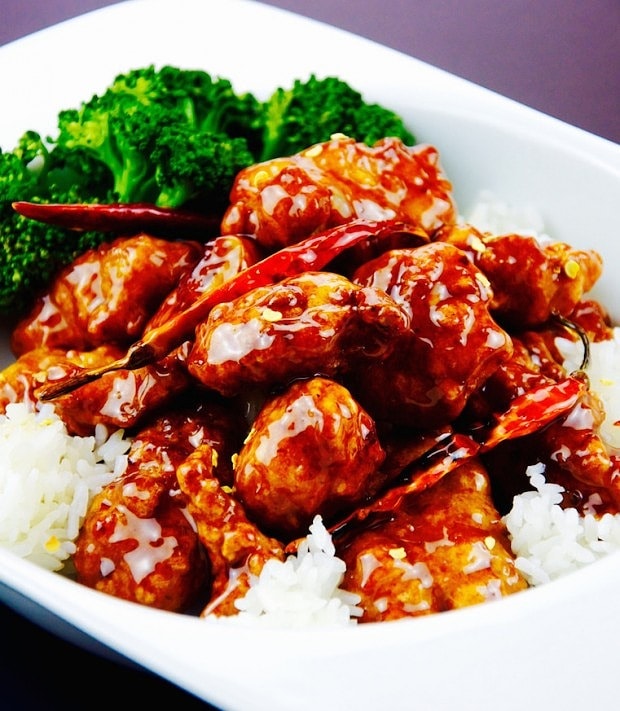