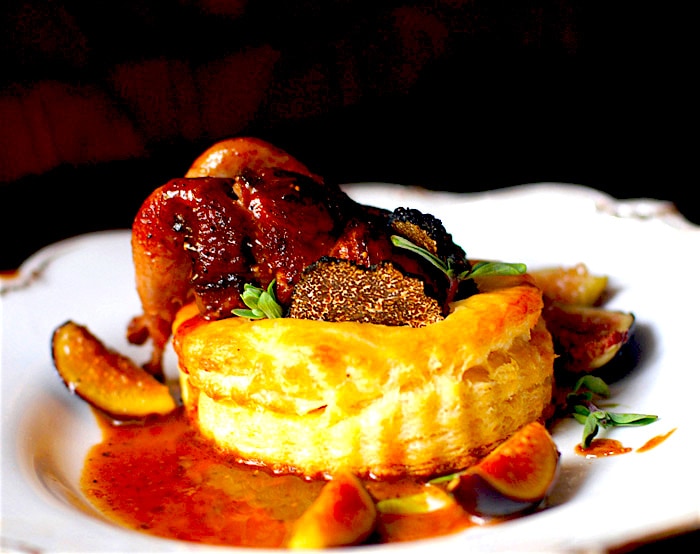 Citizens, in my search for appropriate recipes combining my trip this week to Scandinavia and France – and after some rumination, a divine thought manifested itself within me!

My favorite food movie of all time is the unmatched film “Babette’s Feast” – which takes place in Scandinavia but focuses on classic French cuisine. What better way to celebrate this trip than to share with you the ultimate old-school French recipe from the movie, one that will stretch the culinary talents of you, , to their very limits!

Upon its release in 1987, Babette’s Feast received overwhelmingly positive reviews. The film won the 1987 Best Foreign Language Film at the Academy Awards. It also received the BAFTA Film Award for Best Film Not in the English Language.

In Denmark, it won both the Bodil and Robert awards for Best Danish Film of the Year. The film was nominated and/or won several other awards including a Golden Globe nomination, the Grand Prix (Belgian Film Critics Association) award and a Cannes Film Festival special prize.

As of March 2016, the film maintained an unprecedented 96% approval rating on the Rotten Tomatoes aggregate review website.

If you have never seen this ultimate culinary film – stop reading immediately, go to Netflix or Amazon, and watch it.

…now that you have been blown away and can properly appreciate this, we can continue. 😉

We are going for the gold here (more on this later) – today, behold the awe and majesty of the recipe that is Cailles en Sarcophage!

Guillaume Tirel, known as Taillevent (French: “slicewind”) (born ca. 1310 in Pont-Audemer – 1395), was an important figure in the early history of French cuisine. He was cook to the Court of France at the time of the first Valois kings and the Hundred Years’ War. He is generally considered one of the first truly “professional” master chefs. He died in 1395 at around 80 years of age.

He wrote “Le Viandier”, a famous book on cookery and cookery technique, thought to be one of the first professional treatises written in France and upon which the French gastronomic tradition was founded. It had an inestimable influence on subsequent books on French cuisine and is important to food historians as a detailed source on the medieval cuisine of northern France.

Those brave enough to venture forth and produce this dish will do well to read the recipe carefully well in advance because it calls for no less than six (!) separately prepared sauces.

This is not the “shortcut recipe” you will find across most of the Web – this is the original, classic recipe as recorded by Daniel Rogov, with a few TFD tweaks and some guidance from the recipe at the fantastic blog http://lostpastremembered.blogspot.com/. I consider this version to be the ultimate recipe for this unmatched dish!

In my recipe, I truly gild the lily because in honor of the royal nature of this fantastic meal, I actually gild the quail! Yes, I use real edible gold leaf as a garnish – which was actually a common practice back in the Middle Ages when this recipe was first created. I’m just bringing it back. 😉

Citizens, this is an exceedingly complex but ultimately glorious recipe that will take you and your VERY lucky guests back to the royal French court in Versailles! You may never make it, or perhaps you will – in which case I, the eternal and mighty TFD – SALUTE YOU! ☺