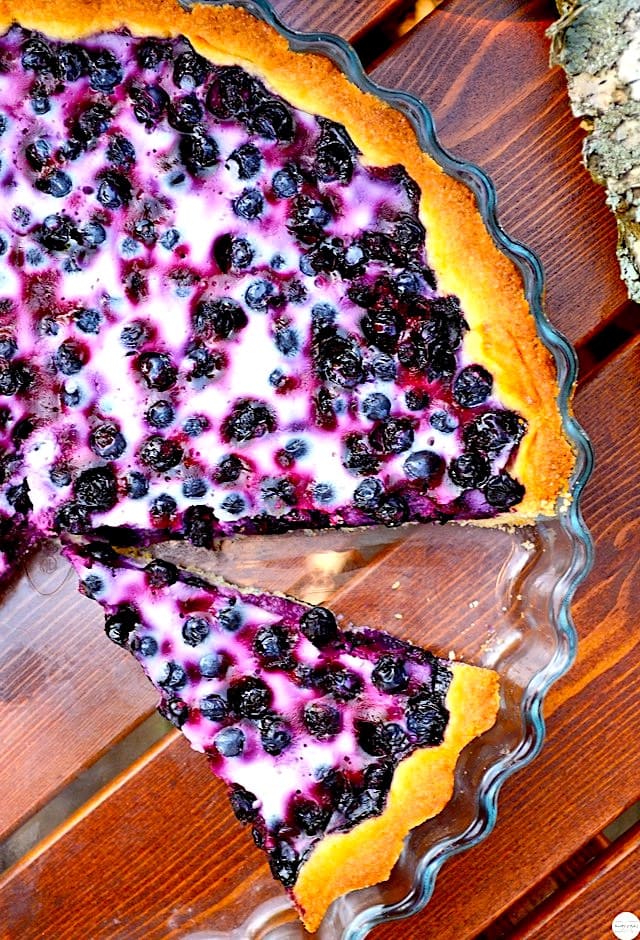 Citizens, your beloved and glorious leader is currently in Finland, one of TFD’s most favored countries and home to some truly stellar dessert recipes, as noted by the several already published here by the mighty Generalissimo himself!

This recipe for Finnish blueberry pie (really more of a tart, but who’s checking…) is deliciously different from the classic American version. It is also a slight misnomer to call this a blueberry pie, for in Finland they traditionally use bilberries, not their close American relatives, blueberry.

The name bilberry appears to have a Scandinavian origin, possibly from as early as 1577, being similar to the Danish word bølle for whortleberry with the addition of “berry”. The bilberry is also known by a number of other English names including blaeberry in Scotland, whortleberry in southern England, and w(h)imberry or w(h)inberry in south Wales and along the Anglo-Welsh border amongst other places.

Bilberries – which are native to Europe – are different from North American blueberries, although the species are closely related and belong to the same genus, Vaccinium. Bilberry fruits have a smooth, circular outline at the end opposite the stalk, whereas blueberries retain persistent sepals there, leaving a rough, star-shaped pattern of five flaps.

Bilberries grow singly or in pairs rather than in clusters, as blueberries do, and blueberries have more evergreen leaves. Bilberries are dark in color, and usually appear near black with a slight shade of purple.

This tart is best made in the United States with wild blueberries, which are much more flavorful and much closer to bilberries than the cultivated version. They are – as the name states – wild, which means you have to hunt these yourself. The good news is that if you don’t live in New England, which is full of these, you can hunt them from your supermarket’s frozen section, as wild blueberries are available frozen nationwide.

However, this Finnish pie is deliciously different than its American cousin, as it uses crème fraîche in the filling. I actually call for a mixture of crème fraîche and the slippery Finnish yogurt Viili, which is admittedly very hard to find outside Finland or Finnish-American communities in the midwest. The good news – you can easily make this yogurt yourself at room temp (no yogurt maker needed!) with the right starter, which you can find here.

I call for cultured European-style butter in the crust, as well as a mix of regular and brown sugars, a generous hit of vanilla, plus a non-traditional dusting of cardamom (Finns LOVE cardamom!) at the end. My Citizens, mustikkapiirakka is a delicious new twist on blueberry pie that demands your immediate attention!