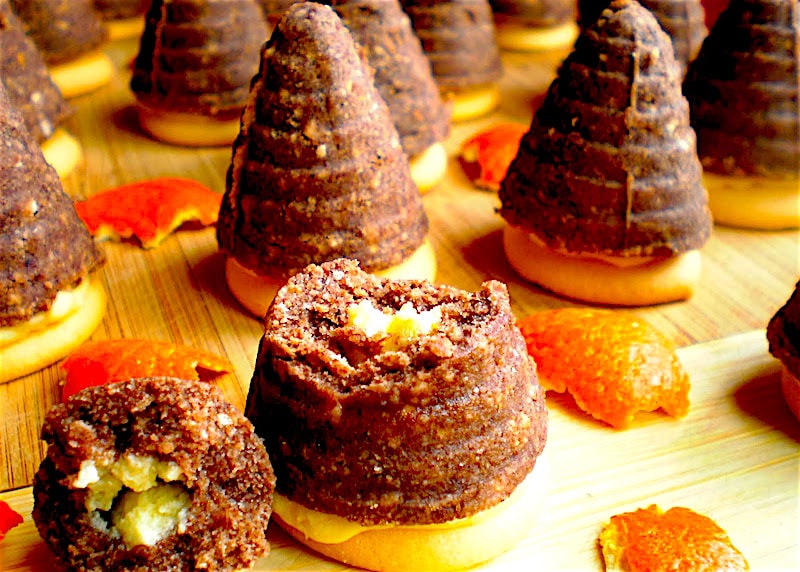 Citizens, I am proud to bring you the first recipe from the Czech Republic!

The Czech Republic, also known as Czechia as of May, 2016, is a nation state in Central Europe bordered by Germany to the west, Austria to the south, Slovakia to the east and Poland to the northeast.

The Czech Republic covers an area of 78,866 square kilometres (30,450 sq mi) and has 10.5 million inhabitants with the capital and largest city being Prague, with more than 1.2 million residents. The Czech Republic includes its historical territories of Bohemia, Moravia, and Czech Silesia.

The Czech state was formed in the late 9th century as the Duchy of Bohemia under the Great Moravian Empire. In 1004, the duchy was formally recognized as part of the Holy Roman Empire, becoming the Kingdom of Bohemia in 1212, and reaching its greatest territorial extent in the 14th century.

Besides Bohemia itself, the king of Bohemia ruled the lands of the Bohemian Crown, he had a vote in the election of the Holy Roman Emperor, and Prague was the imperial seat in periods between the 14th and 17th century.

With the dissolution of the Holy Roman Empire in 1806, the Bohemian Kingdom became part of the Austrian Empire and the Czech language experienced a revival as a consequence of widespread romantic nationalism. In the 19th century, the Czech lands became the industrial powerhouse of the monarchy and were subsequently the core of the Republic of Czechoslovakia, which was formed in 1918 following the collapse of the Austro-Hungarian Empire after World War I.

Czechoslovakia was occupied by Germany in World War II, and was liberated in 1945 by the Soviet and the United States Army. Most of the German-speaking inhabitants were expelled after the war and thus the country lost its sizable minority and its bilingual character. The Communist Party of Czechoslovakia won the 1946 elections.

Following the 1948 coup d’état, Czechoslovakia became a one-party communist state under Soviet influence. In 1968, increasing dissatisfaction with the regime culminated in a reform movement known as the Prague Spring, which ended in a Soviet-led invasion. Czechoslovakia remained occupied until the 1989 Velvet Revolution, when the communist regime collapsed and a multiparty parliamentary republic was formed. On 1 January 1993, Czechoslovakia peacefully dissolved, with its constituent states becoming the independent states of the Czech Republic and Slovakia.

Vosi Hnizda are very traditional Czech Christmas cookies shaped like a beehive and filled with an unspeakably delicious Rum custard. In order to make these cookies, you do need the beehive cookie forms, which are easily purchased online.

Citizens, these are fantastic, rich and not difficult to make (though a bit time-consuming) – the effort is well worth it! You don’t even have to bake them, since you are using pre-made cookies for the shell and base! I have of course tweaked the recipe to my own standards, and I think it is better for it. ☺

Do NOT follow this link or you will be banned from the site! Click here to see our Privacy Policies, Citizen!
683shares
wpDiscuz
0
0
Would love your thoughts, please comment.x
()
x
| Reply