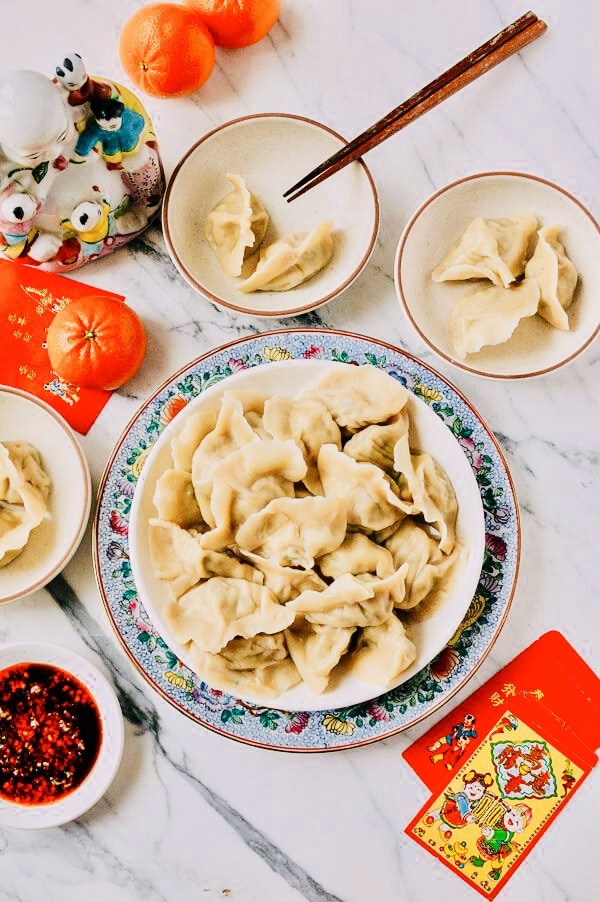 Citizens – gung hei fat choy, Happy Chinese New Year of the Dog to you all!

In celebration of this mightiest of holidays, allow me – the festive and thrice-blessed TFD! – to teach you a classic, must-have dish to help you ring in the New Year with proper good fortune!

Jiaozi are a kind of Chinese dumpling, commonly eaten in China and other parts of East Asia. They are one of the major foods eaten during the Chinese New Year and year-round in the northern provinces.

Jiaozi typically consist of a ground meat and/or vegetable filling wrapped into a thinly rolled piece of dough, which is then sealed by pressing the edges together. Finished jiaozi can be boiled (shuǐ jiǎo), steamed (zhēng jiǎo) or pan-fried (jiān jiǎo). Today’s recipe is for shuǐ jiǎo.

In China, there are several different folk stories explaining the origin of jiaozi and its name.

Traditionally, jiaozi were thought to be invented during the era of the Eastern Han (AD 25 – 220)by Zhang Zhongjing, who was a great practitioner of traditional Chinese medicine.

Jiaozi were originally referred to as “tender ears” (Chinese: 嬌耳; pinyin: jiao’er) because they were used to treat frostbitten ears. Zhang Zhongjing was on his way home during wintertime, when he found many common people had frostbitten ears, because they did not have warm clothes and sufficient food.

He treated these poor people by stewing lamb, black pepper, and some warming medicines in a pot, chopped them, and used them to fill small dough wrappers. He boiled these dumplings and gave them with the broth to his patients, until the coming of the Chinese New Year.

In order to celebrate the New Year as well as recovering from frostbitten ears, people imitated Zhang’s recipe to make Jiao’er.

Other theories suggest that jiaozi may have derived from dumplings in Western Asia. In the Western Han dynasty (206 BC – AD 9) jiaozi (餃子) were called Jiaozi (角子). During the Three Kingdoms period (AD 220 – 280), the book Guang Ya (廣雅) written by Zhang Yi (張揖) mentions jiaozi. Yan Zitui (顏子推) during the Northern Qi dynasty (AD 550 – 577) wrote:

“Today the jiaozi, shaped like a crescent moon, is a common food in the world.” Six Dynasties Turfan tombs contained dumplings. Later in the Tang Dynasty (AD 618 – 907), jiaozi become more popular, called Bian Shi (扁食). Chinese archaeologists have found a bowl of jiaozi in the Tang Dynasty tombs in Turpan. 7th or 8th Century dumplings and wontons were found in Turfan.

Jiaozi may also be named because they are horn-shaped. The Chinese word for “horn” is jiao (Chinese: 角; pinyin: jiǎo), and jiaozi was originally written with the Chinese character for “horn”, but later it was replaced by the specific character 餃, which has the food radical on the left and the phonetic component jiāo (交) on the right.

At the same time, jiaozi look like yuan bao silver or gold ingots used as currency during the Ming Dynasty, and as the name sounds like the word for the earliest paper money, serving them is believed to bring prosperity. Many families eat these at midnight on Chinese New Year’s Eve. Some cooks will even hide a clean coin inside a jiaozi for the lucky to find.

Citizens, my recipe for jiaozi are more complexly flavored than most and incorporates several different ingredients from across China, but they are not difficult to make. The hardest part is closing / pleating them and this video makes it easy:

I wish you all a happy and prosperous Year of the Dog! 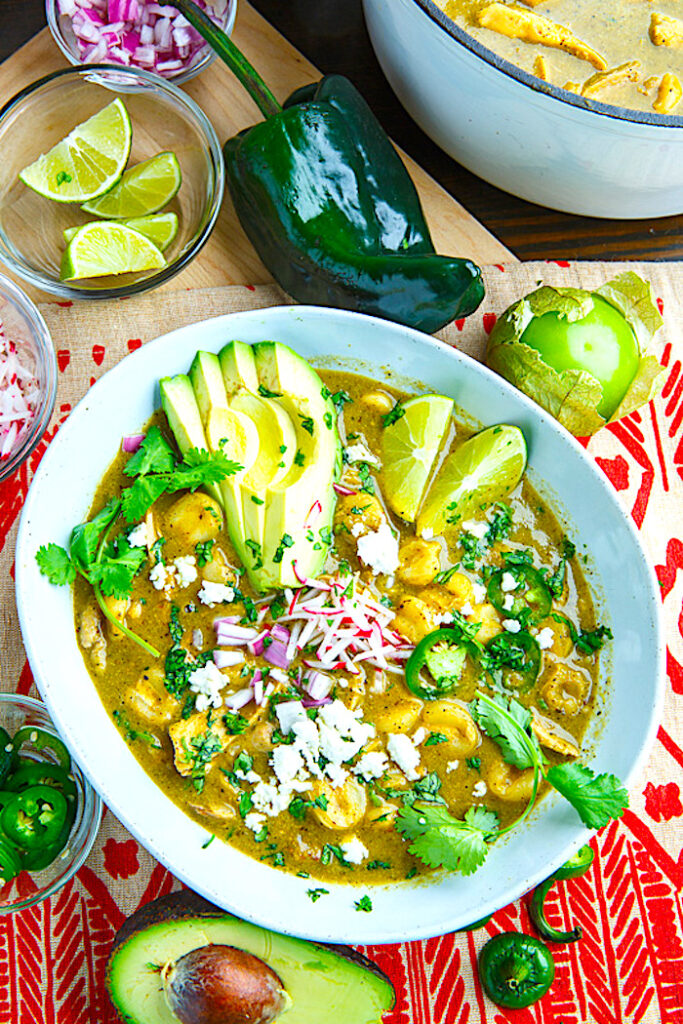 () My glorious and beloved Citizenry! Tremble before the moment-at-hand, for the High Priest of Pozole – YOUR TFD! – is prepared to dispense glad tidings to you all! Prepare yourselves to receive My benison, My benediction AND My blessing upon you – the Extreme Unction for your hunger is nigh, for I come bearing…