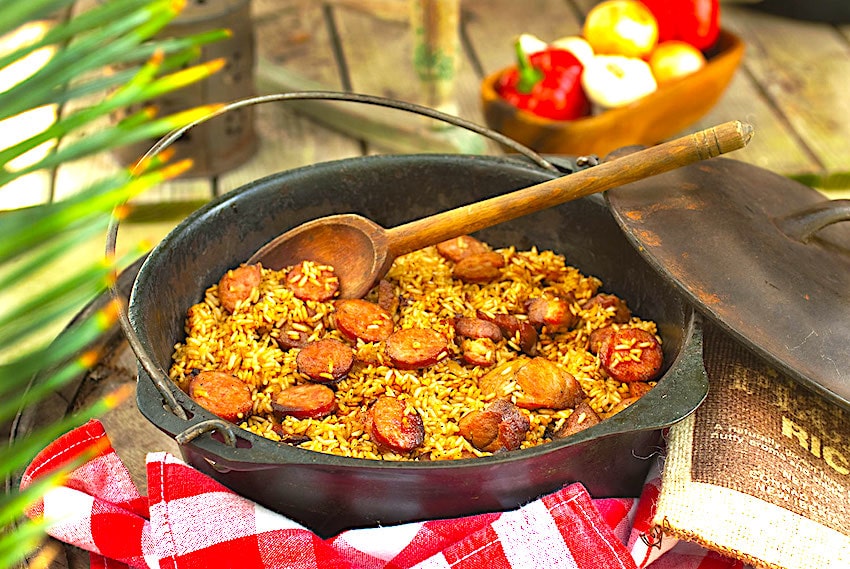 Citizens! Prepare yourselves body and soul, as I am giving up a secret today that I have always considered a “dead man” recipe: as in I’d only give it up after you pried it from my cold, dead fingers!

So, on that happy note, I shall indeed share this recipe before I’ve shuffled off this mortal coil!

Jambalaya is a Louisiana origin dish of Spanish and French (especially Provençal cuisine) influence, consisting mainly of meat and vegetables mixed with rice.

Traditionally, the meat always includes sausage of some sort, often a smoked sausage such as andouille, along with some other meat or seafood, frequently pork, chicken, crawfish, or shrimp. The vegetables are usually a soffritto-like mixture known as the “holy trinity” in Creole and Cajun cooking, consisting of onion, celery, and green bell pepper, though other vegetables such as carrots, tomatoes, chilis, and garlic are also used.

After browning and sautéing the meat and vegetables, rice, seasonings, and broth are added and the entire dish is cooked together until the rice is done.

Jambalaya has its origins in several rice-based dishes well attested in the Mediterranean cuisines of Spain and France, especially in the Spanish dish paella (native to Valencia) and the French dish known as jambalaia (native to Provence). Other seasoned rice-based dishes from other cuisines include pilaf, risotto and Hoppin’ John.

Creole jambalaya originates from the French Quarter of New Orleans, in the original European sector. It was an attempt by the Spanish to make paella in the New World, where saffron was not readily available due to import costs.

Tomatoes became the substitute for saffron. As time went on, French influence became strong in New Orleans, and spices from the Caribbean changed this New World paella into a unique dish.

In modern Louisiana, the dish has evolved along a variety of different lines. Creole jambalaya, or red jambalaya, is found primarily in and around New Orleans, where it is simply known as “jambalaya”. Creole jambalaya includes tomatoes, whereas Cajun jambalaya does not.

Any variety or combination of meats, including chicken or turkey, may be used to make jambalaya. Cajun jambalaya is known as “brown jambalaya” in the New Orleans area; to Cajuns it is simply known as “jambalaya”. Cajun jambalaya has more of a smoky and spicy flavor than its Creole cousin.

The name of the dish, despite its European roots, is actually Native American in origin! The Atakapa tribe states the origin of the name. The original word “Sham, pal ha! Ya!” means “Be full, not skinny! Eat Up!” with a French equivalent of “Bon appétit!”. Spanish influence resulted in the current spelling of the name.

The world capital of jambalaya is without question Gonzales, LA, where they hold an annual cook-off around their signature dish – this video says it all as to how seriously things are taken there!

Being that competitive desire flows uninterrupted through my veins, I have long-wishes to participate in this amazing competition. The fact that I’m a Yankee means nothing – flavor means all and I ALWAYS bring that to the table!

Citizens, my version of jambalaya is adapted from what I consider one of the best versions out there – the recipe from “The New Orleans Cookbook” by Rima and Richard Collin. I’ve altered their base recipe to my taste and I have every confidence in the world you will find this becoming one of your favorite dinner treats!

…and you’re welcome for the Dead Man’s Cajun recipe. 😉 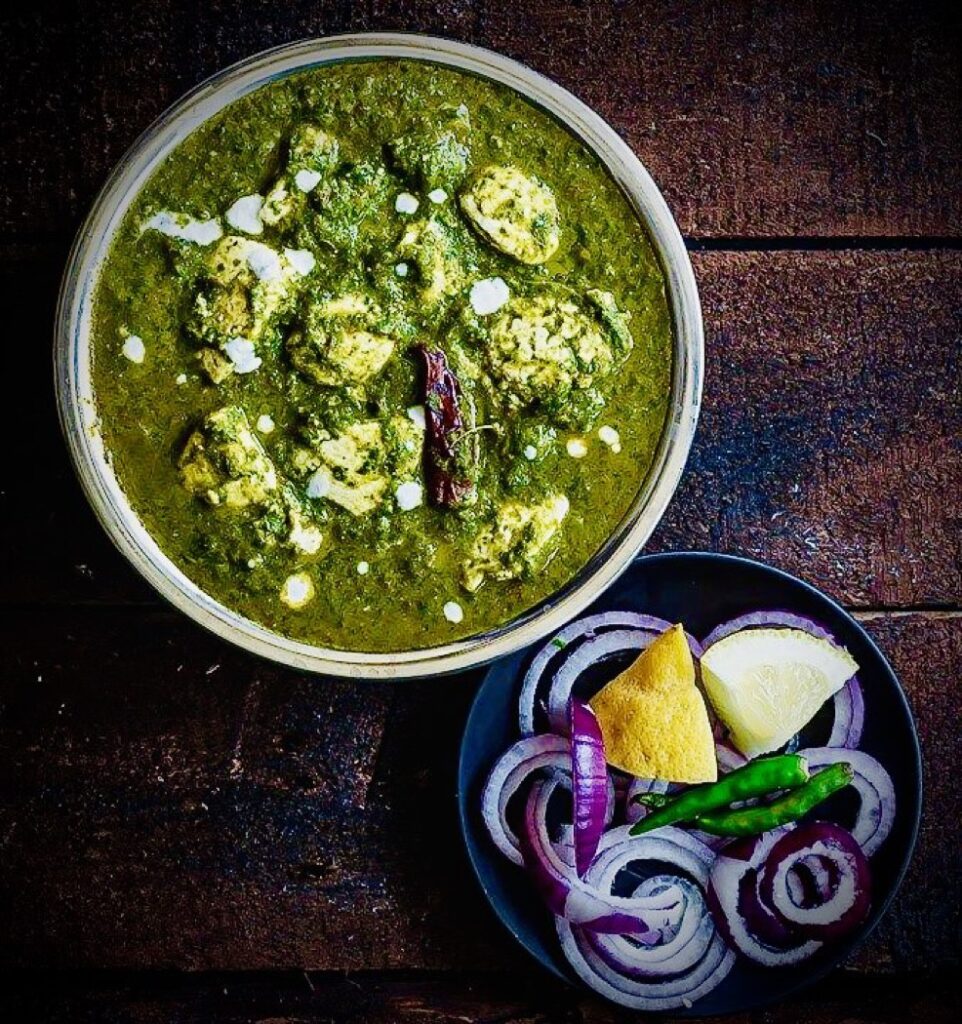 () Citizens! My sincere apologies for the profound delay in getting this latest recipe post made – it’s been a very difficult few weeks here at TFD’s Sanctum Sanctorum and I have just flown down to New Mexico to visit My father and stepmother (My first flight in nearly 15 months!). It’s a surreal experience…