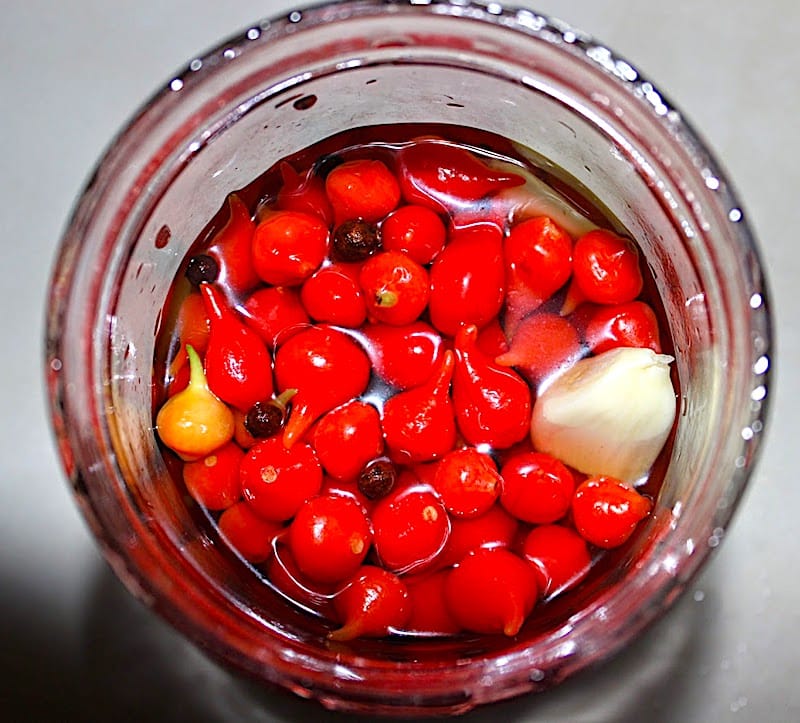 Citizens, I, the unfathomable and occasionally didactic TFD, have felicitously deigned to share my personal recipe for Brazilian pickled peppers, a great treat in the South American country! J

These are no ordinary pepper, however – these are Biquinho (Little Beak) peppers, unique to the Amazon region!

Also known as “Sweety Drops,” in the U.S., these small, tear-shaped peppers originated in the Peruvian Amazon, where they were discovered and brought back to the Gandules Inc. headquarters in Peru and cultivated – it is now a staple in both Peru and Brazil.

They have a sweetness and only a little heat (about 1000 Scoville Units) and work well in salads, paired with cheese and charcuterie, pizza or pastas, or even in baked goods.

These are hard to find in the United States, but here is a source for the variety pre-made in a jar. We will dump the liquid they came in and pickle them properly in true TFD fashion!

Brazilians enjoy these delightful peppers on almost everything and who could blame them – they are sweet with a little heat and thanks to my special pickling brine, herbaceous, garlicky and peppery!

A good Brazilian would use their national liquor, cachaça, as part of the brine – we will do the same. It can be purchased at most BevMo outlets or online.

White vinegar is the normal brine souring agent, but I greatly prefer my secret trick – to use vinegar from a can of green peppercorns! It adds a great peppery note as do the green peppercorns themselves! My addition of herbs also adds great flavor.

Citizens, this is a wonderful condiment that I hope you choose to try ASAP!