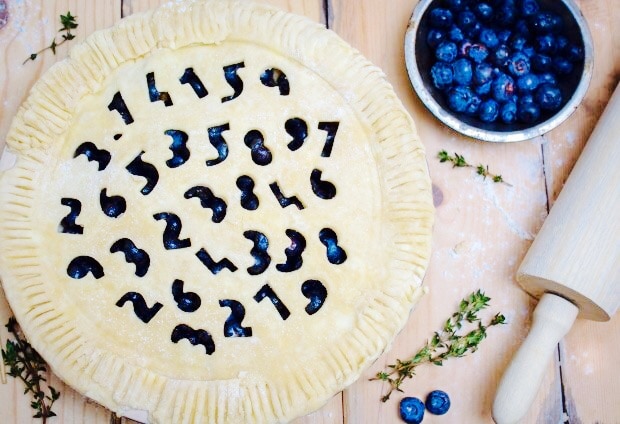 Citizens, today is Pi day (March 14 = 3.14, the first 3 digits of the constant!) and we shall celebrate this alignment with the ultimate pie celebrating Pi! 🙂

As background, the number π is a mathematical constant, the ratio of a circle’s circumference to its diameter, commonly approximated as 3.14159. It has been represented by the Greek letter “π” since the mid-18th century, though it is also sometimes spelled out as “pi”.

Being an irrational number, π cannot be expressed exactly as a fraction (equivalently, its decimal representation never ends and never settles into a permanent repeating pattern).

Ancient civilizations needed the value of π to be computed accurately for practical reasons related to architecture. It was calculated to seven digits, using geometrical techniques, in Chinese mathematics and to about five in Indian mathematics in the 5th century CE.

For example – chew on this: it is famously calculated to trillions of digits – but showing the constant to 39 digits actually allows you to measure the circumference of the observable universe to within the width of a single hydrogen atom!

The historically first exact formula for π, based on infinite series, was not available until a millennium later, when in the 14th century the Madhava–Leibniz series was discovered in Indian mathematics.

In the 20th and 21st centuries, mathematicians and computer scientists discovered new approaches that, when combined with increasing computational power, extended the decimal representation of π to, as of 2015, over 13.3 trillion (!) digits.

The Guinness World Record for reciting the most digits of pi belongs to Lu Chao of China, who has recited pi to more than 67,000 decimal places!

Practically all scientific applications require no more than a few hundred digits of π, and many substantially fewer, so the primary motivation for these computations is the human desire to break records. However, the extensive calculations involved have been used to test supercomputers and high-precision multiplication algorithms.

You can see a color visualization of this infinite series to the first 100,000 places here!

Enough mathematics and history – time to create the pie, Citizens! 🙂 You can either cut out the numbers into the top crust as seen in the top photo, or use pastry numbers along the rim as seen here: 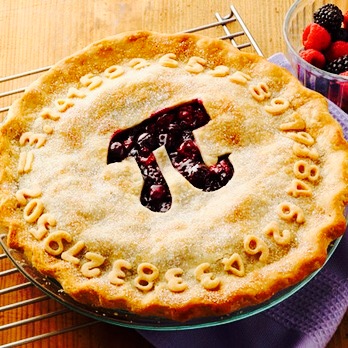 No matter what, this is an exceptionally delicious dessert that will complement any meal – perhaps one including the world-famous Chicago hot dogs!