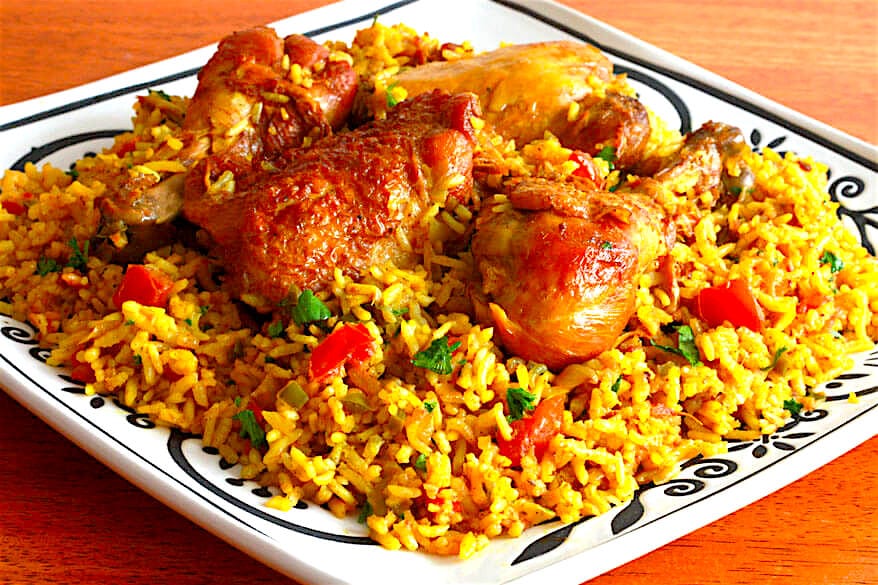 Citizens, Chicken Machboos, or Machboos ala Dajaj (“spiced chicken and rice”), is the national dish of Bahrain, a small island country in the Persian Gulf. Bahrain also happens to be the home of one of my dear friends, whose grandmother is now sadly very ill and in hopeful recovery at King Hamad University Hospital.

Noor – this recipe is in her honor!

Bahrain, officially the Kingdom of Bahrain is situated near the western shores of the Persian Gulf in the Middle East. It is an archipelago with Bahrain Island, the largest land mass, at 55 km (34 mi) long by 18 km (11 mi) wide.

Saudi Arabia lies to the west and is connected to Bahrain by the King Fahd Causeway while Iran lies 200 km (124 mi) to the north across the Persian Gulf. The peninsula of Qatar is to the southeast across the Gulf of Bahrain. The population in 2010 stood at 1,234,571, including 666,172 non-nationals.

Bahrain is the site of the ancient Dilmun civilization and has been famed since antiquity for its pearl fisheries, which were considered the best in the world into the 19th century.

Bahrain was one of the earliest areas to convert to Islam (628 AD). Following a period of Arab rule, Bahrain was occupied by the Portuguese in 1521, who in turn were expelled in 1602 by Shah Abbas I of the Safavid dynasty under the Persian Empire.

In 1783, the Bani Utbah clan captured Bahrain from Nasr Al-Madhkur and it has since been ruled by the Al Khalifa royal family, with Ahmed al Fateh as Bahrain’s first hakim.

In the late 1800s, following successive treaties with the British, Bahrain became a protectorate of the United Kingdom. In 1971, Bahrain declared independence. Formerly a state, Bahrain was declared a Kingdom in 2002.

Bahrain created the first post-oil economy in the Persian Gulf. Since the late 20th century, Bahrain has invested in both the banking and tourism sectors. The country’s capital, Manama, is home to many large financial structures.

The national dish of Machboos is similar to Biryani (from the Indian subcontinent) and Kabsa (from Saudi Arabia), all with varying cooking methods, ingredients, degree of spiciness, and assembly. That said, all three are essentially meat and rice dishes.

This dish relies on the spice blend known as Baharat for its primary flavor, in addition to dried limes, aka Loomi.

As noted on the excellent blog Daring Gourmet:

Loomi are limes, often from Oman, that have been boiled and then left to dry in the sun. Their color can range from tan to black. The concentrated lime flavor is intensely tangy and earthy with an almost smoky quality.

Loomi are sold under a variety of names including black limes, black lemons (though not lemons at all), and of course dried limes. They can be purchased either whole or in powdered form. Whole is better as the powder oxidizes quickly and much of the flavor can be lost. As with spices, it is better to keep them stored whole and then grind as needed.

Dried limes can be found in stores carrying Middle Eastern products or can be ordered online. They are also delicious stuffed into the cavity of a chicken before roasting or added to boiling rice for added flavor. You can purchase them online HERE and they are a necessity to use in Machboos!

Citizens, if you aren’t Bahraini, Machboos is an exotic and delicious dish fully worthy of your attention – and if you ARE Bahrani, I hope my version of Machboos – your national dish – finds favor with you!

In the meantime, please offer your prayers and best wishes of support to Noor and her family in this very difficult time. 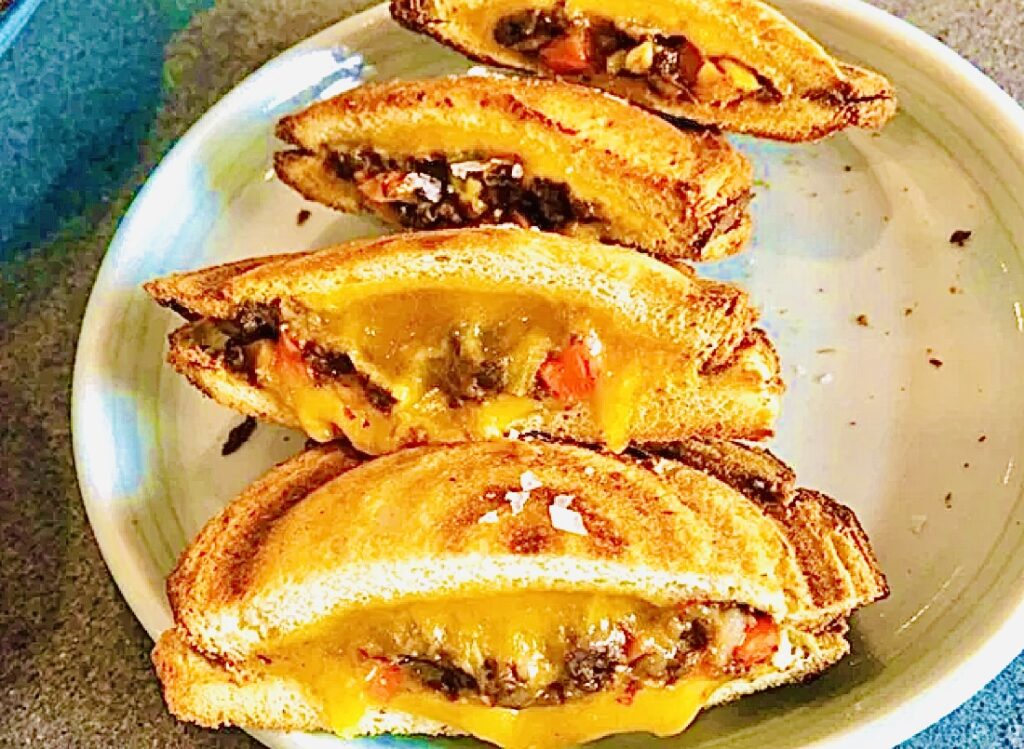 () My Citizens! After a whirlwind trip to the Nordic region last week, I now find myself in the halcyon state of Hawaii! Here, I am staying with several friends in a condo on the Waikiki beach as we enjoy each others company, play Dungeons and Dragons and generally geek out – My idea of…