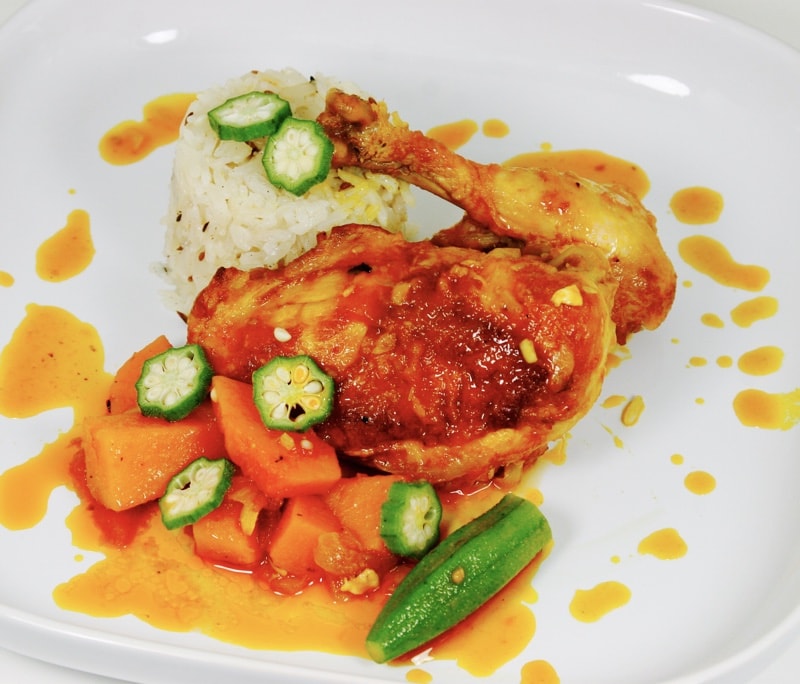 Citizens, the mighty country of Angola makes its first-ever appearance here on TFD Nation with a delicious stewed chicken recipe!

Angola, officially the Republic of Angola (Portuguese: República de Angola; Kikongo, Kimbundu and Umbundu: Repubilika ya Ngola), is a country in Southern Africa.

It is the seventh-largest country in Africa and is bordered by Namibia to the south, the Democratic Republic of the Congo to the north, Zambia to the east, and the Atlantic Ocean to west.

Although its territory has been inhabited since the Paleolithic Era, what is now the modern country of Angola was influenced by Portuguese colonisation, which began with, and was for centuries limited to, coastal settlements and trading posts established beginning in the 16th century.

In the 19th century, European settlers slowly and hesitantly began to establish themselves in the interior. As a Portuguese colony, Angola did not encompass its present borders until the early 20th century, following resistance by groups such as the Cuamato, the Kwanyama and the Mbunda.

Independence was achieved in 1975 under a Marxist-Leninist one party state, backed by the Soviet Union and Cuba after a protracted anti-colonial struggle. However, the country soon descended into an even lengthier civil war that lasted until 2002. It has since become a relatively stable unitary presidential republic.

Angola has vast mineral and petroleum reserves, and its economy is among the fastest growing in the world, especially since the cessation of the civil war.

Angolan culture reflects centuries of Portuguese rule, namely in the predominance of the Portuguese language and the Catholic Church, combined with diverse indigenous influences.

Given the heavy influence of Portugal, it isn’t surprising that many Indian spices (Portugal was an exclusive European trader with India for many years) found their way into the cuisine.

This dish is a national recipe of Angola that is both comforting and exotic – well worth trying, ! 🙂 I’ve added a good shot of bacon fat to the palm oil used in the recipe, as some Angolans do plus some Maggi seasoning.