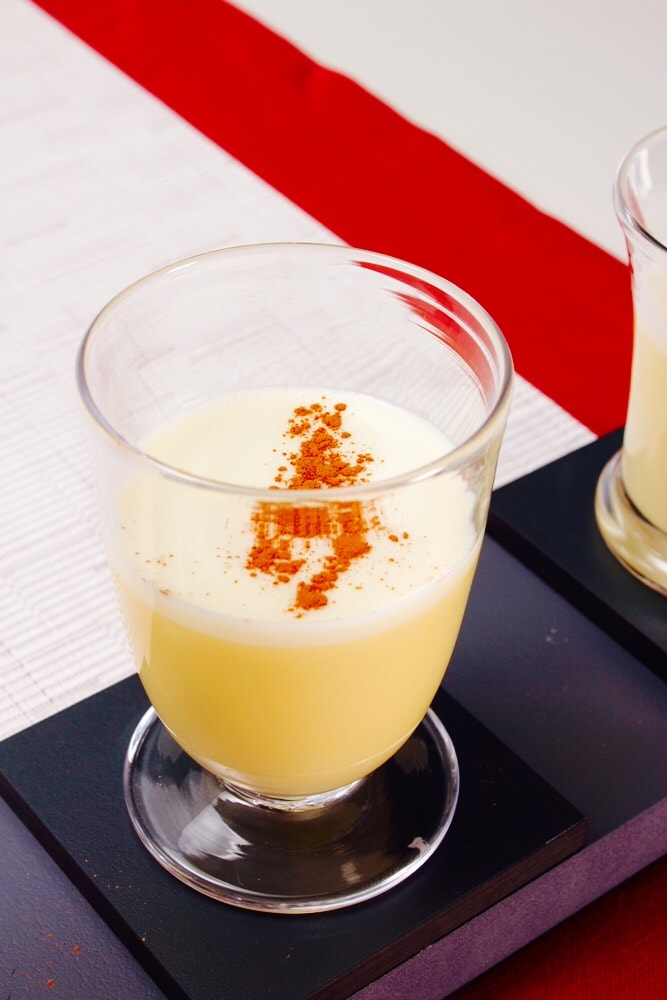 Citizens – there is little to add except that this is my go-to recipe for eggnog, from the legendary Galatoire’s restaurant in New Orleans. It has been served to grateful patrons since 1905 and this recipe has only been published once, decades ago.

Galatoire’s is a restaurant at 209 Bourbon Street in the French Quarter of New Orleans, Louisiana, United States.

Jean Galatoire, an immigrant from a small village near Pau, France, in the foothills of the Pyrenees Mountains, established a “saloon on Canal Street” in 1896.

In 1905, Galatoire purchased Victor’s Restaurant, in business at the location since the mid-1800s. Galatoire renamed the restaurant and began cooking the dishes from his homeland. The restaurant is run by his fourth-generation descendants. Galatoire’s specializes in French Creole cooking.

The main entrance, a French door, leads into the first-floor dining room. The first-floor dining room is a mix of high ceilings, slow-moving paddle fans, and mirrored opposing walls, maintaining much of the look of a mid-19th century restaurant. The second-floor dining rooms, opened in 1999, comprise smaller rooms overlooking Bourbon Street. At lunch, men may dress casually, although after 5:00 PM, and all day on Sundays, men must wear a jacket.

In 2004, Galatoire’s was cited by the James Beard Foundation as the “outstanding restaurant” in America.

Until 1999, the restaurant did not accept reservations, leaving patrons to stand in long lines on the Bourbon Street sidewalk. With the addition of the second-floor dining rooms and bar, standing on Bourbon Street is only needed for first-floor dining room seats, which are still always on a first-come-first-served basis. Exceptions to their first-come-first-served policy have never been allowed. According to the restaurant:

One Friday then-President Ronald Reagan placed a call to then retired U.S. Senator J. Bennett Johnston, who happened to be waiting in line for a table. After the President’s call had ended, Senator Johnston graciously returned to his position in line.

Most of the waiters are long-time employees who are professionals and local to south Louisiana.

Author Tennessee Williams was a regular customer, preferring to sit at a table by the front main window. He mentioned the restaurant in his play A Streetcar Named Desire.

This delightful eggnog recipe was shared by the restaurant for publication in “Cooking Up A Storm: Recipes Lost and Found from the Times-Picayune.”