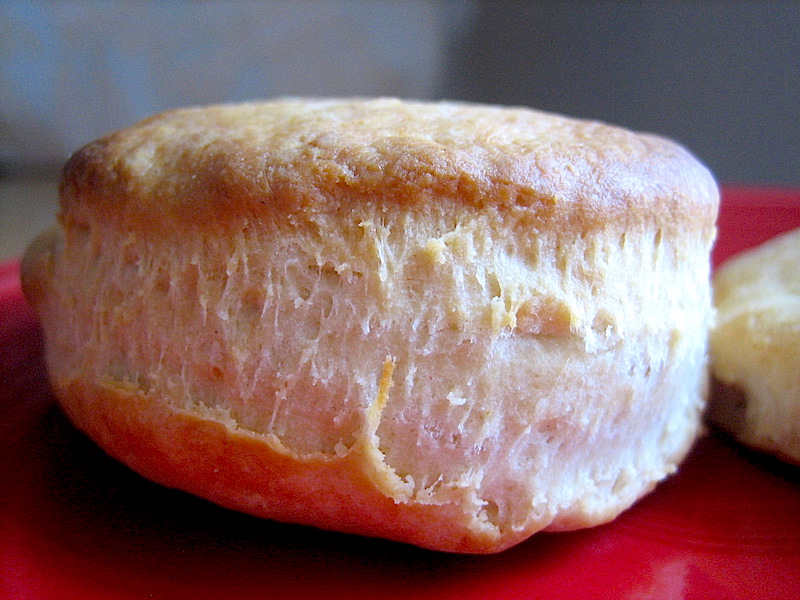 American Diner Classics Week continues with this unmatched recipe for Southern biscuits! As it happens, the word “biscuit” is actually derived from the Latin words “bis cotus”, meaning twice baked – yes, making biscuits goes back to the Romans. However biscuits as we know them today were actually developed in the Middle Ages in France.

A biscuit in the United States and parts of Canada is a small bread with a firm browned crust and a soft interior. They are made with baking powder or baking soda as a chemical leavening agent rather than yeast although they can also be made using yeast (and are then called “angel biscuits”) or a sourdough starter.

They are traditionally served as a side dish with a meal. As a breakfast item they are often eaten with butter and a sweet condiment such as molasses, light sugarcane syrup, maple syrup, sorghum syrup, honey, or fruit jam or jelly. With other meals, they are usually eaten with butter or gravy instead of sweet condiments. However, biscuits and gravy (biscuits covered in country gravy) or biscuits with sausage are usually served for breakfast, sometimes as the main course.

The incredible Edna Lewis was the doyenne of traditional Southern cooking until her death several years ago at the age of 89. Her biscuits were legendary and while there have been several versions of her recipe floating around the Internet, they are all wrong in different areas.

This and ONLY this is the classic Edna recipe – and will create the best biscuits you’ve ever eaten, Citizens!