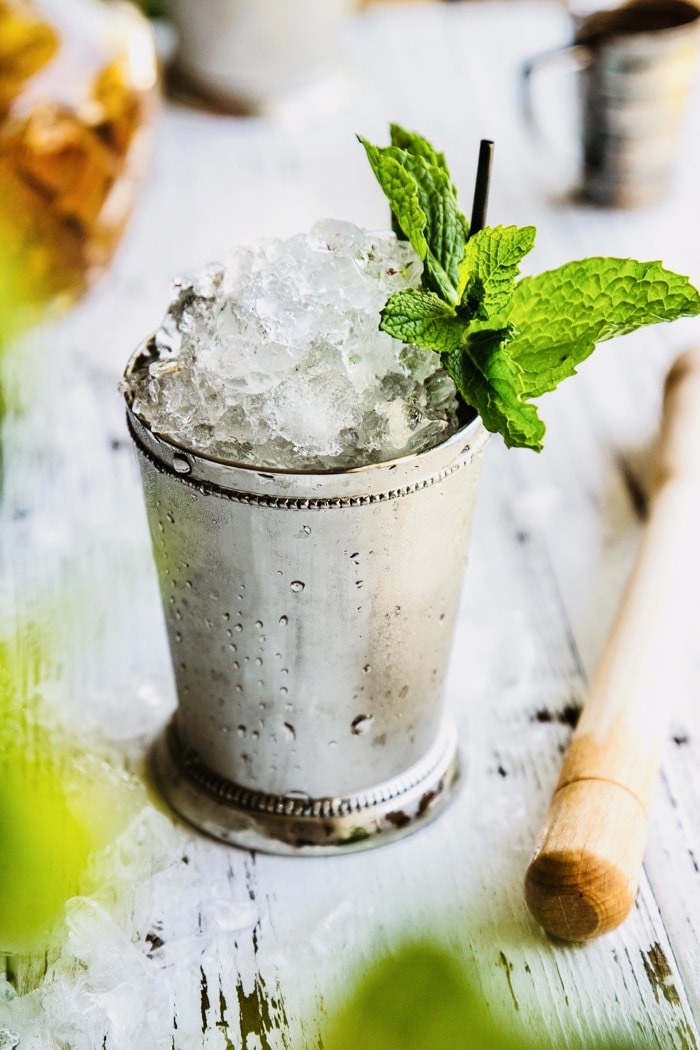 ***September 21, 2020 update – I was just awarded the title of Kentucky Colonel by the Governor of Kentucky, a tremendous honor!!! 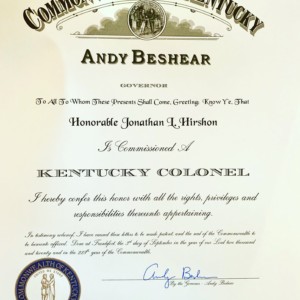 The Mint Julep is perhaps the most evocative cocktail ever created – just the name evokes rolling Kentucky fields, horse races, genteel Southern belles and the most honorable of Southern gentlemen.

No greater or more eloquent testimonial has EVER been penned than the following paean to the julep from a more noble age than our own:

Your letter requesting my formula for mixing mint juleps leaves me in the same position in which Captain Barber found himself when asked how he was able to carve the image of an elephant from a block of wood. He said that it was a simple process consisting merely of whittling off the part that didn’t look like an elephant.

The preparation of the quintessence of gentlemanly beverages can be described only in like terms. A mint julep is not a product of a formula. It is a ceremony and must be performed by a gentleman possessing a true sense of the artistic, a deep reverence for the ingredients and a proper appreciation of the occasion.

It is a rite that must not be entrusted to a novice, a statistician nor a Yankee. It is a heritage of the Old South, an emblem of hospitality, and a vehicle in which noble minds can travel together upon the flower-strewn paths of a happy and congenial thought. So far as the mere mechanics of the operation are concerned, the procedure, stripped of its ceremonial embellishments, can be described as follows:

Go to a spring where cool, crystal-clear water bubbles from under a bank of dew-washed ferns. In a consecrated vessel, dip up a little water at the source. Follow the stream thru its banks of green moss and wild flowers until it broadens and trickles thru beds of mint growing in aromatic profusion and waving softly in the summer breeze. Gather the sweetest and tenderest shoots and gently carry them home.

Go to the sideboard and select a decanter of Kentucky Bourbon distilled by a master hand, mellowed with age, yet still vigorous and inspiring (TFD note: I use Woodford Reserve Double Oaked and enjoy it very much). An ancestral sugar bowl, a row of silver goblets, some spoons and some ice and you are ready to start. Into a canvas bag pound twice as much ice as you think you will need. Make it fine as snow, keep it dry and do not allow it to degenerate into slush.

Into each goblet, put a slightly heaping teaspoonful of granulated sugar, barely cover this with spring water and slightly bruise one mint leaf into this, leaving the spoon in the goblet. Then pour elixir from the decanter until the goblets are about one-fourth full. Fill the goblets with snowy ice, sprinkling in a small amount of sugar as you fill. Wipe the outside of the goblets dry, and embellish copiously with mint.

Then comes the delicate and important operation of frosting. By proper manipulation of the spoon, the ingredients are circulated and blended until nature, wishing to take a further hand and add another of its beautiful phenomena, encrusts the whole in a glistening coat of white frost. Thus harmoniously blended by the deft touches of a skilled hand, you have a beverage eminently appropriate for honorable men and beautiful women.

When all is ready, assemble your guests on the porch or in the garden where the aroma of the juleps will rise heavenward and make the birds sing. Propose a worthy toast, raise the goblets to your lips, bury your nose in the mint, inhale a deep breath of its fragrance and sip the nectar of the gods.

Being overcome with thirst, I can write no further.

There is nothing more to say, really – still, I can at least share the true canonical recipe for the Mint Julep served at the Kentucky Derby. 🙂 A great julep technique told to me by my friend Matt Steven – instead of muddling the mint, place the leaves between your palms and clap hard several times to bring the mint oils to the surface!

This recipe is adapted from Master Distiller Chris Morris and made with Woodford Reserve® Bourbon, the “Official Bourbon of the Kentucky Derby®” for the past 11 years. I make only two minor changes – the only appropriate mint variety for a julep is (of course) the Kentucky Colonel variety of spearmint. You can easily purchase live plants from here. I also prefer the double-oaked version of the only apropos bourbon – Woodford Reserve! 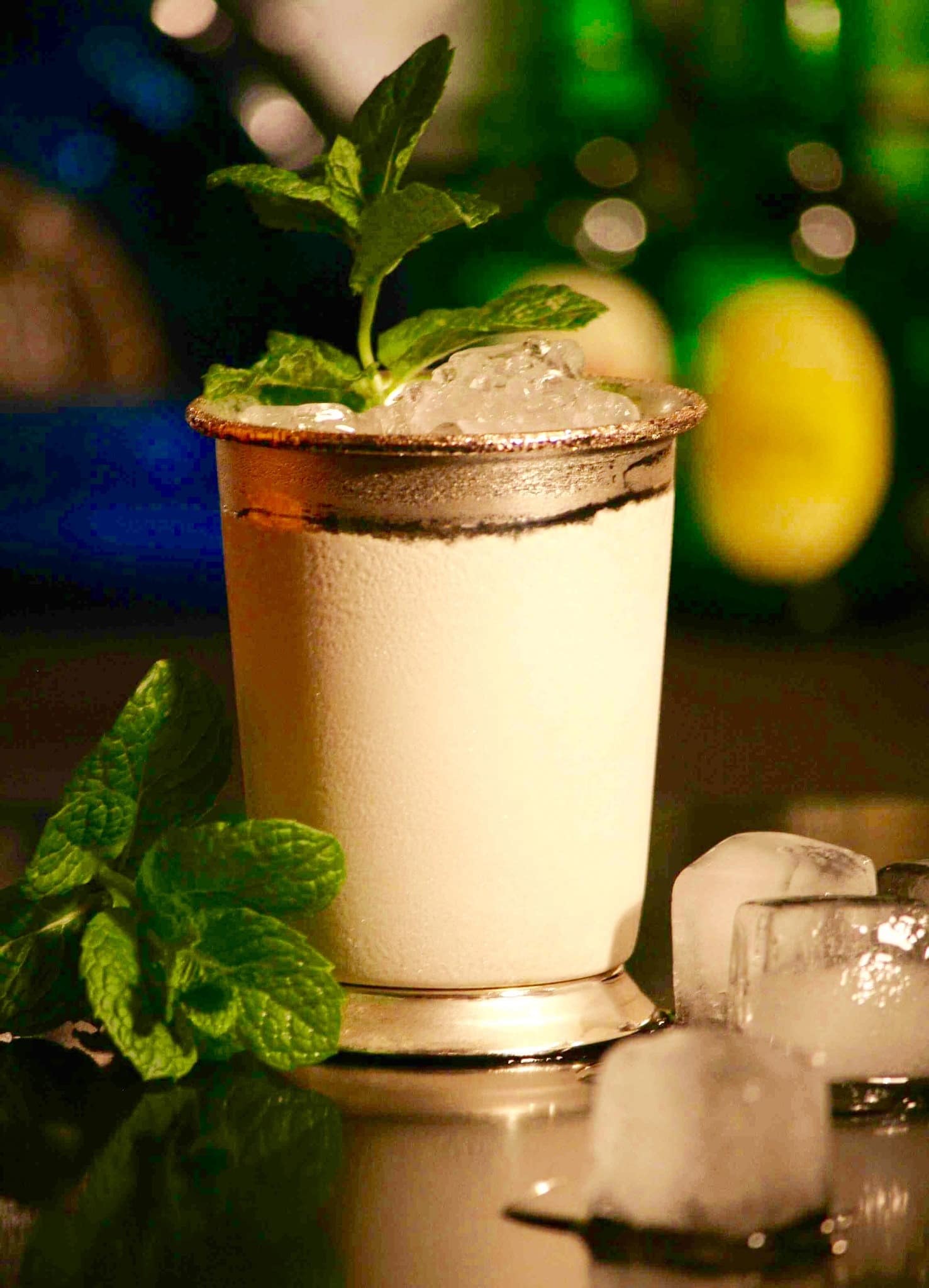