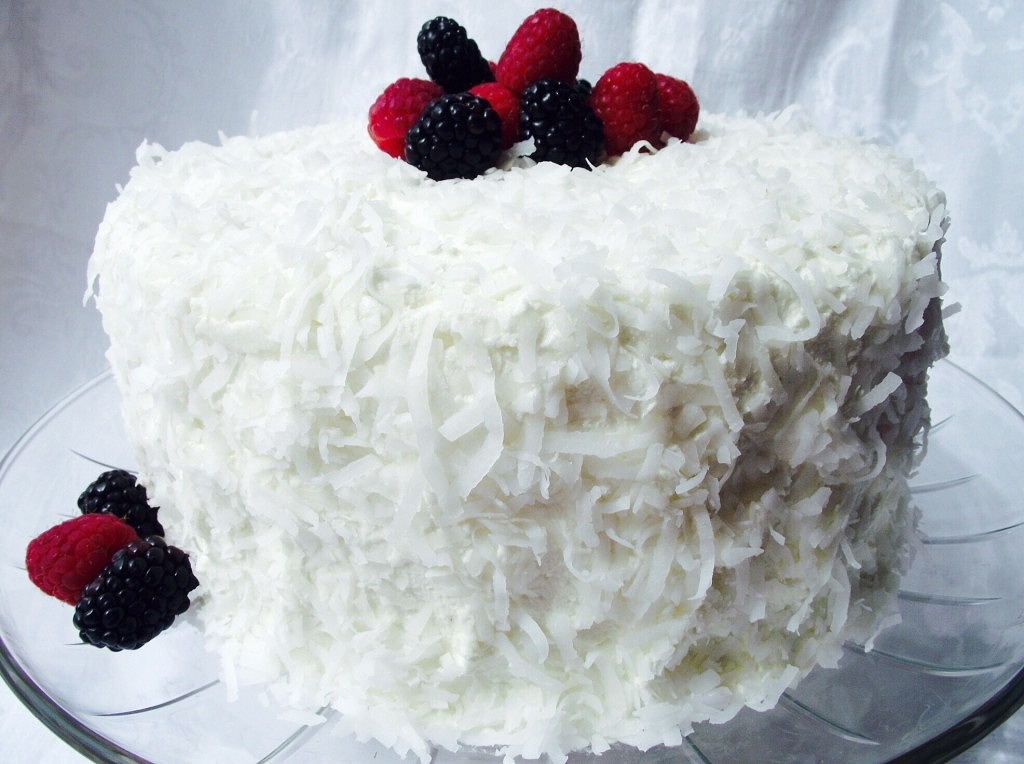 Coconut cake has been a diner staple in the Southern United States for decades – but few make it well.

The history of cake dates back to ancient times. The first cakes were very different from what we eat today. They were more bread-like and sweetened with honey. Nuts and dried fruits were often added. According to the food historians, the ancient Egyptians were the first culture to show evidence of advanced baking skills.

The Oxford English Dictionary traces the English word cake back to the 13th century. It is a derivation of ‘kaka’, an Old Norse word. Medieval European bakers often made fruitcakes and gingerbread. These foods could last for many months.

According to the food historians, the precursors of modern cakes (round ones with icing) were first baked in Europe sometime in the mid-17th century. This is due to primarily to advances in technology (more reliable ovens, manufacture/availability of food molds) and ingredient availability (refined sugar). At that time cake hoops–round molds for shaping cakes that were placed on flat baking trays–were popular. They could be made of metal, wood or paper. Some were adjustable. Cake pans were sometimes used.

Typically, the cakes used in coconut cake are either white or yellow cakes. While some recipes do not call for coconut flavor in the cake itself, there are others that replace the milk with coconut milk and/or use coconut extract. It is also common to brush the cakes with a simple syrup to make it more moist.

Often the cake layers are filled with either a white frosting or coconut pastry cream. Traditionally, the cake is frosted with a 7-minute frosting, but cream cheese icings and buttercreams are not uncommon. Like the cakes, coconut flavor is not always a must in the frosting. One constant characteristic of coconut cake is the use of shredded coconut (often toasted and/or sweetened) to cover the frosting.

Like the cakes, coconut flavor is not always a must in the frosting. One constant characteristic of this cake is the use of shredded coconut (often toasted and/or sweetened) to cover the frosting.

The incomparable Alton Brown came up with the definitive (and complicated!) recipe for coconut cake years ago – TFD would not dare to mess with such perfection!

Presented for your enjoyment, Citizens! 😀