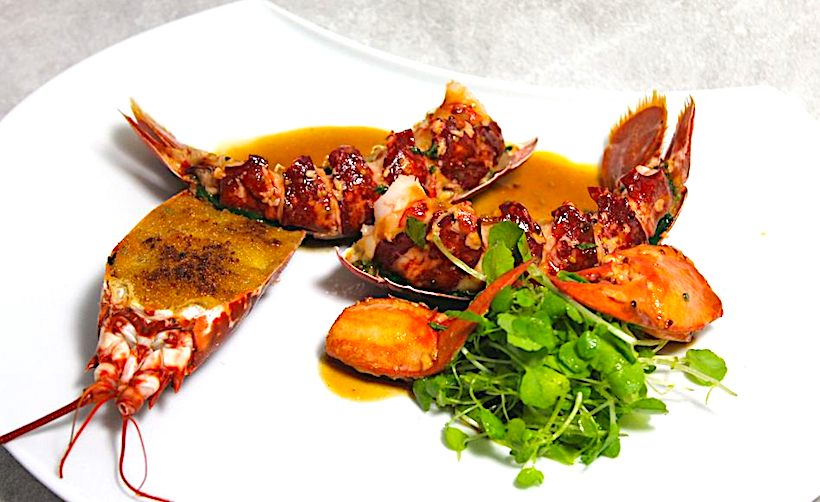 Citizens, your beloved Ruler of Rulers recently enjoyed the light, yet very funny film “The Lego Batman Movie”, where lobster thermidor is prominent in several scenes and is referenced as the Batman’s favorite food.

I need no other reason than that (plus it is near the end of the lobster season!) to share this classic recipe with you, as interpreted by the unmatched maestro of Chefs, Alain Ducasse!

Lobster Thermidor is a French dish traditionally consisting of a creamy mixture of cooked lobster meat, egg yolks, and brandy (often cognac), stuffed into a lobster shell. It can also be served with an oven-browned cheese crust, typically Gruyère.

The recipe of Lobster Thermidor was created around 1880 by Auguste Escoffier then working in Maison Maire, a Parisian restaurant near the Théâtre de la Porte-Saint-Martin. In March 1896, a successful reprise of the play Thermidor by Victorien Sardou opened in that theatre.

The play took its name from a summer month in the French Republican Calendar, during which the Thermidorian Reaction occurred, overthrowing Robespierre and ending the Reign of Terror. Mr Paillard (Maison Maire’s owner) changed the name of this recipe after the play gained in popularity.

The master Ducasse has lightened the dish, but preserved the essential elements of one of the great recipes from the Gilded Age – I hope you enjoy it, !